Over done on Fashion Blogs, but it is beloved. The Thomas Crown Affair – timeless fashion 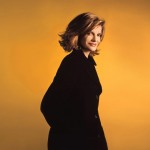 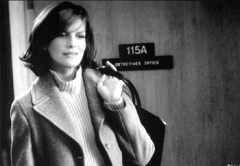 He is best known for designing classic American Sportswear for women.

Some of his most beautiful work was done during his tenure at Celine 1997-2002.

The costume designer, Kate Harrington, selected pieces from the 1997 Celine collection by Michael Kors in addition to several looks from Halston for 1999’s The Thomas Crown Affair.  This collaboration happened at the suggestion from Rene Russo who has been known to wear Michael Kors on the runway and along the red carpet.

The 1999, The Thomas Crown Affair has attained something of a cult status among fashion lovers for the styling of Russo’s character, Catherine Banning.

dievca rewatched the film, looked through the screen shots and determined every piece is wearable today.  No a one has dated itself.

In fact, Michelle Obama took her first Official Portrait (2009) in a black Michael Kors shift dress with pearls which was similar to the dinner scene and it looks classic and fantastic.

This prompts dievca to lurk on eBay for Michael Kors for Celine pieces and she scored big time with a purchase of two double faced wool stretch sheath dresses for $100. One in camel with long sleeves and one sleeveless in gray ombre.  dievca was worried because sheath dresses are very tricky item for her to wear, but the price was right if there was a disaster.

No disaster.  The dresses needed a bit of tailoring considering dievca is not a willowy 5’9″ – but the fit across the Ass (that troublesome body part.) was fantastic and flattering.

These dresses have worked into dievca’s closet like a charm; dressed up with heels, dressed down with boots. Worn with Scarves, Collars, Cuffs and Leads. The versatile dresses move from very Vanilla to elegant D/s with ease.

Thank You, Mr. Kors
You are a God.

One Comment on “Over done on Fashion Blogs, but it is beloved. The Thomas Crown Affair – timeless fashion”