Shameless: Suitsupply and Carli Hermes, Something for Master.

Suitsupply is a men’s fashion brand founded in 2000 by Fokke de Jong in Amsterdam. Suitsupply is a vertically integrated company with stores in the Netherlands, the United States, the United Kingdom, Italy, Germany Belgium, Latvia, Lithuania, Belarus and China. They are known for choosing unconventional retail locations where they sell both ready-to-wear (starting at $350) and ‘cut-to-the-bone’, where suits are made off-site after measurements are taken at 70 different points around your body.

You’d expect a Dutch company to have fairly liberal attitudes and Suitsupply is well-known for their risqué photography and advertising campaigns.  Carli Hermes (1963, Schijndel) has shot all the Suitsupply campaigns since 2004. He is one of the best photographers in the Netherlands. His photographs are enticing, exciting, confrontational and alienating. The photos are edited so that they evoke the feeling of a surreal dream, a dream of perfection.

Some of the Suitsupply campaigns have caused a stir, such as Shameless, Ambition and Not Dressing Women. Four photos from the Shameless campaign had to be removed from Suitsupply’s website after a ruling by the Belgian advertising standards authority in which they criticized the photos for portraying the woman as a sex object and/or as submissive to the man.

For Suitsupply’s latest campaign, Lunch Atop a Skyscraper, Charles Ebbets‘ photographs were a source of inspiration and the images were shot against the skyline of New York.

Say what you like about the implication that wearing a great suit gets you a hot woman – something that dievca would never dream of suggesting – but she is strangely moved to ask Master if he would be interested in buying something from Suitsupply. 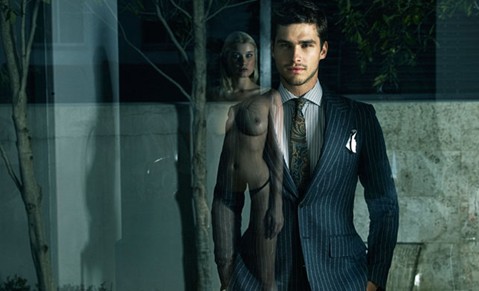 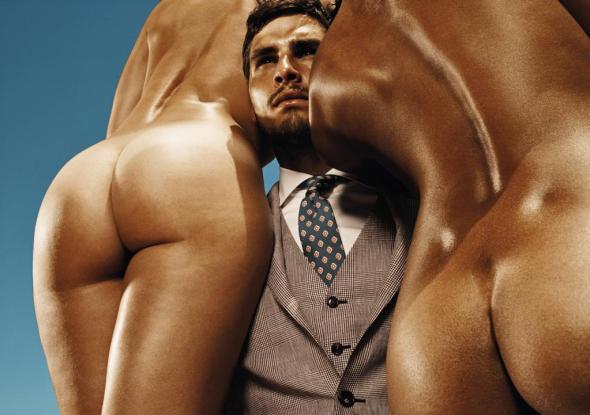 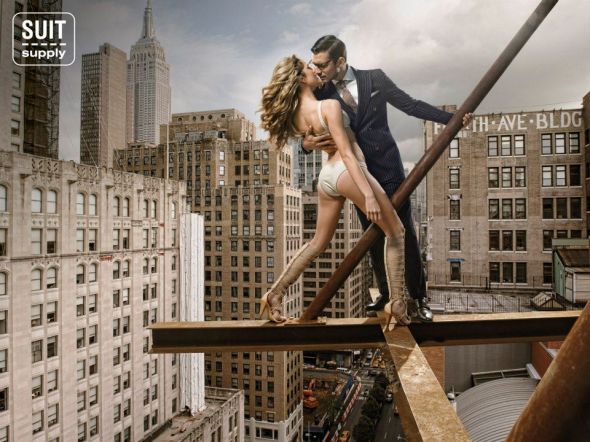 33 Comments on “Shameless: Suitsupply and Carli Hermes, Something for Master.”