← Trainers, Trousers and a Slouchy Sweater
A disaster or a treat? → 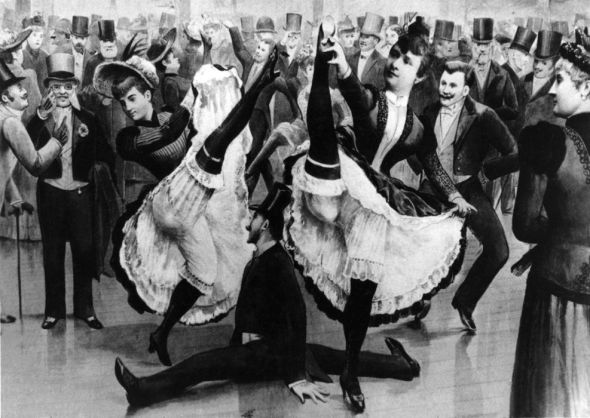 A drawing of cancan dancers among the crowd at the MOULIN ROUGE music-hall in Paris in the late XIXth century. Was the Gentleman peering through an opening in the drawers?

Drawers, or Pantalettes,  are a pant-like garment worn during the 19th century for modesty and warmth. They could be one-piece or two separate garments, one for each leg, attached at the waist with buttons or laces. The crotch was left open for hygiene reasons. They were most often of white linen fabric and could be decorated with tucks, lace, cutwork or broderie anglaise. 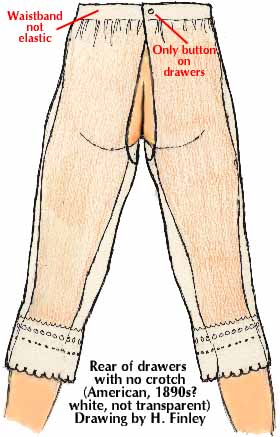 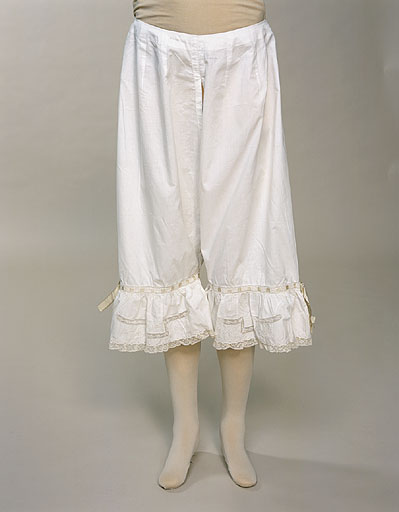 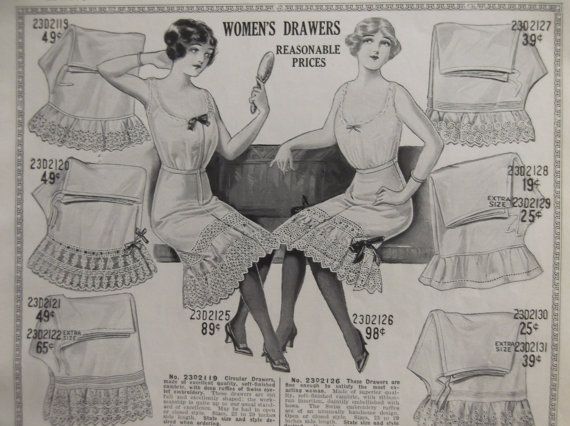 The split in the crotch of the drawers is convenient for going to the bathroom when you cannot take the drawers down under the heavy layers of skirt or a hoop. But like wearing Spanx tights or shapers — using the opening….it seems…messy.

Did the split in drawers make the Moulin Rouge shows more risqué than dievca ever knew? That high kick could be unintentionally revealing. 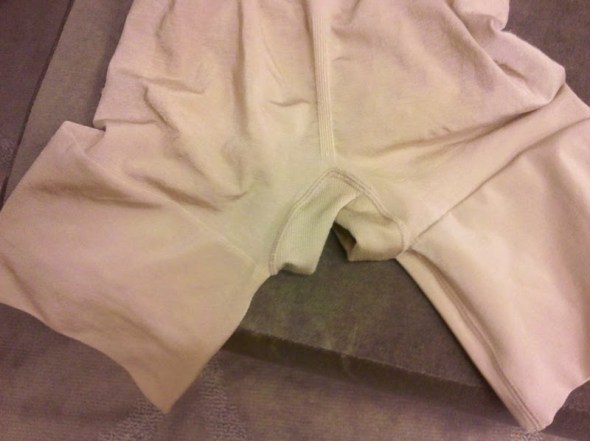 And, again, dievca has always wondered how you go to the bathroom without soaking the Spanx. In asking the question, she ran into a solution offered by the DailyMail. 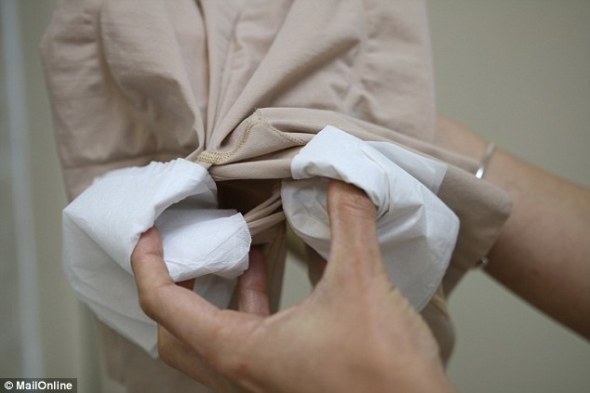 Yes, for those of you who are very precise – there is a second definition of “Drawers” as in the furniture sense, Lingerie Drawers: 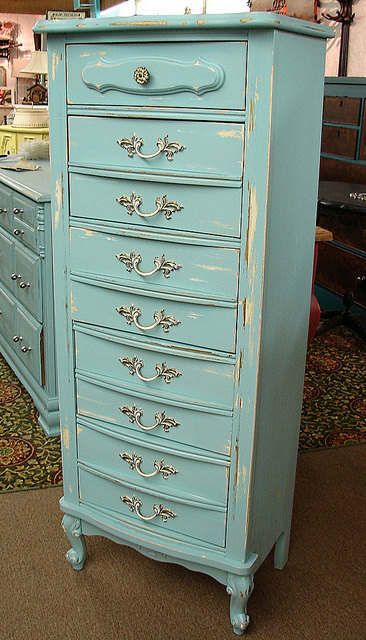 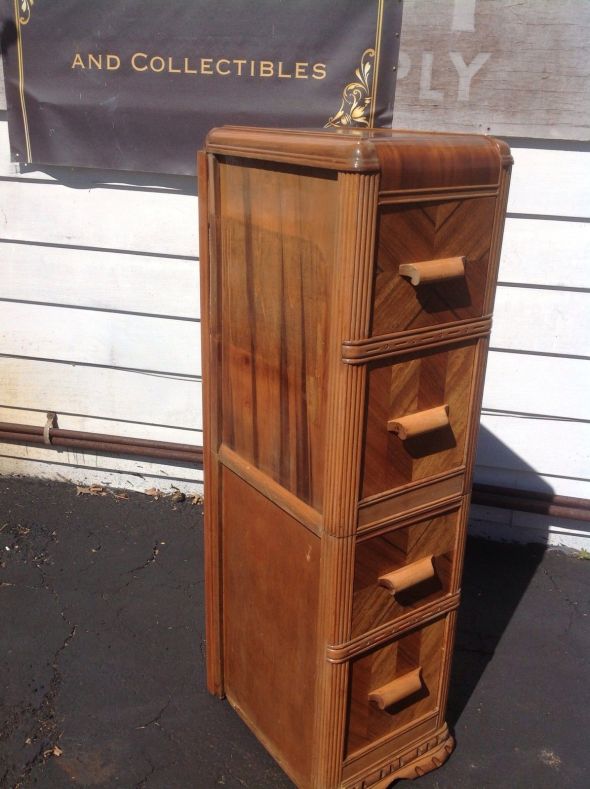 A semainier is a chest of drawers, usually tall and thin, intended for storing linen and lingerie. … Originating in 18th-century France, semainier has come to mean any seven-drawer chest these days but the term is sometimes erroneously applied to tall thin lingerie chests with only six drawers.