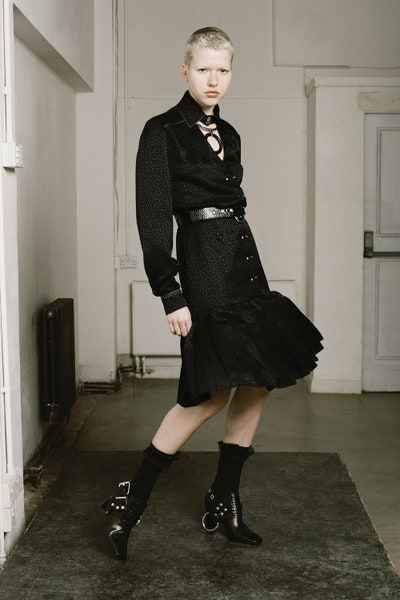 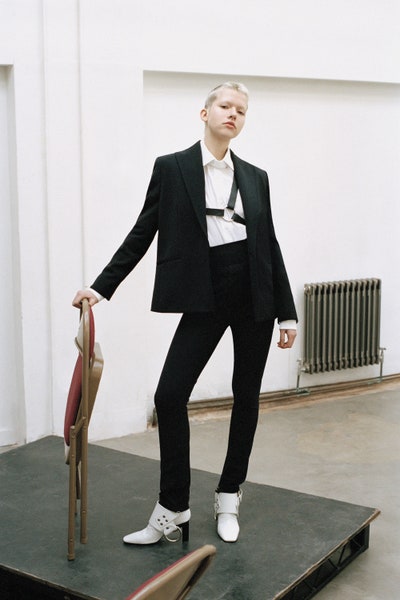 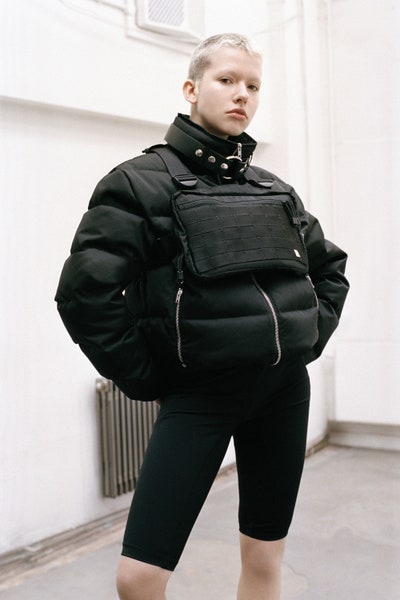 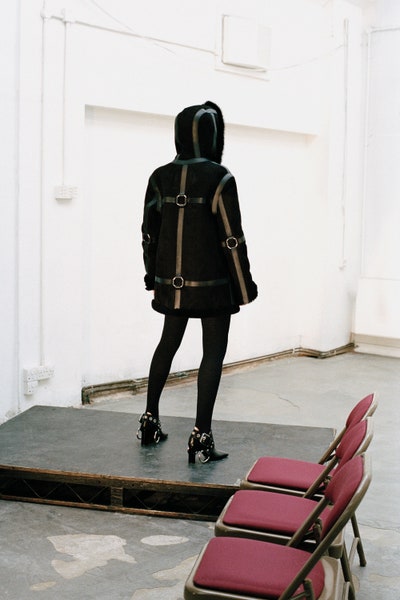 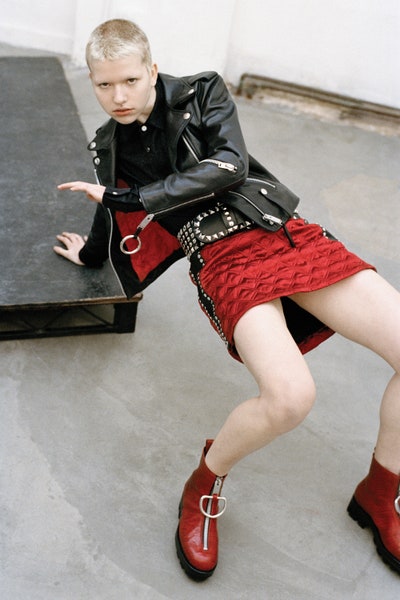 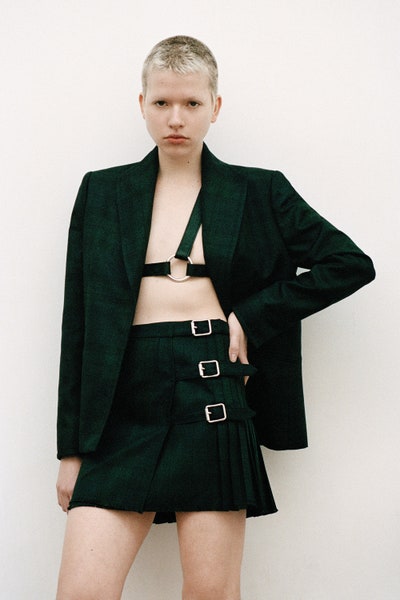 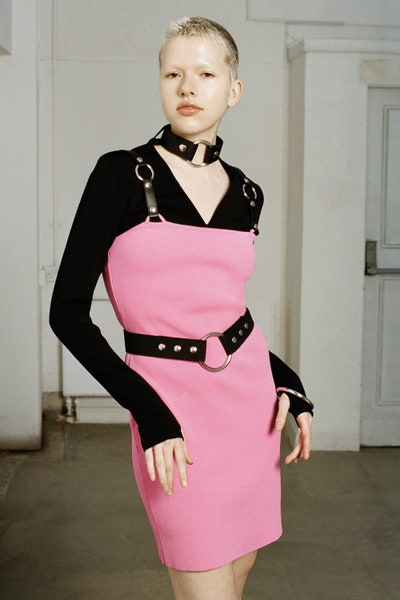 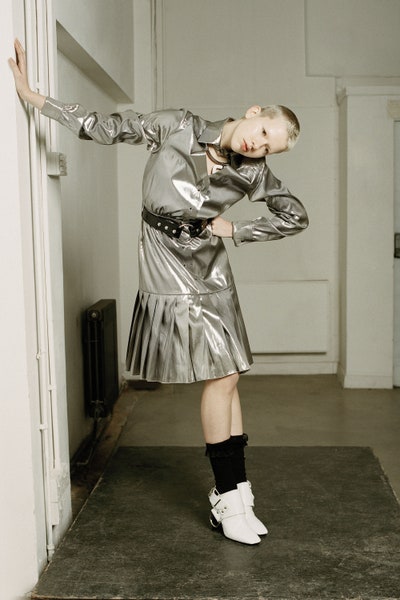 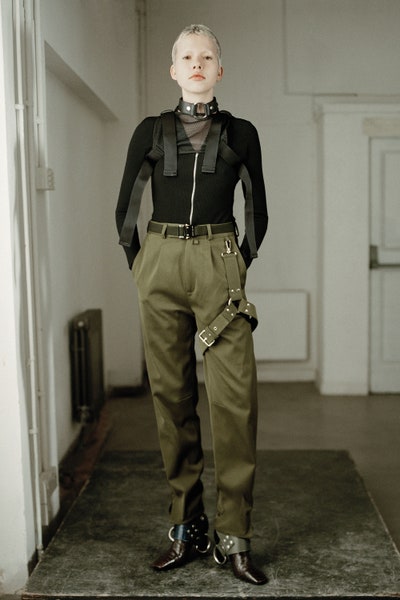 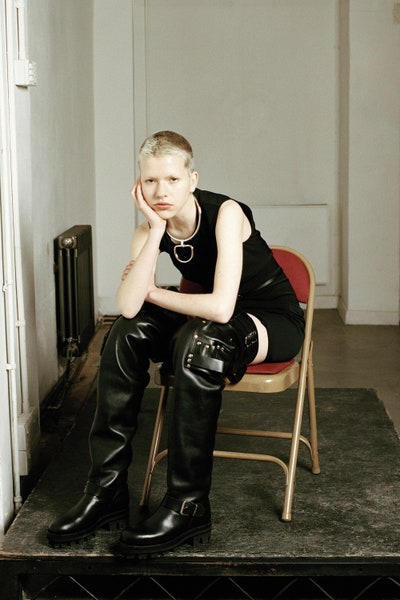 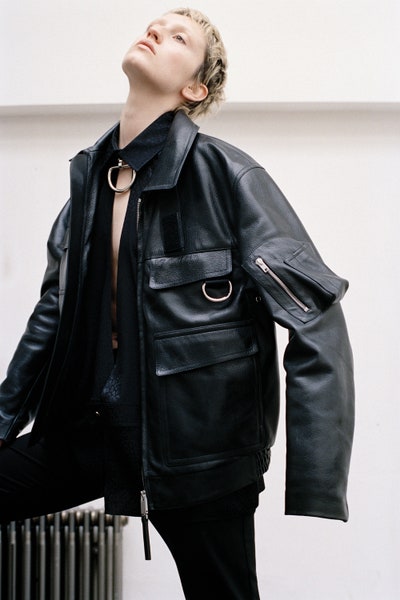 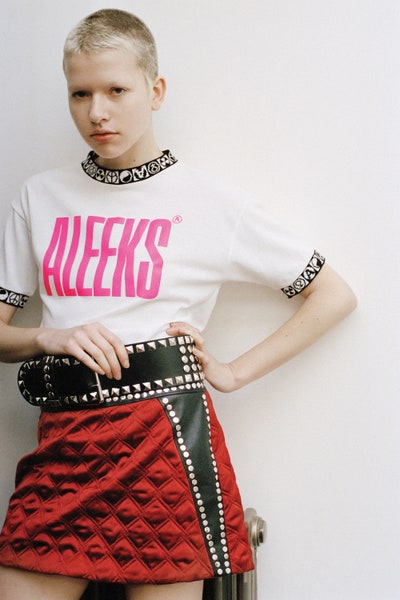 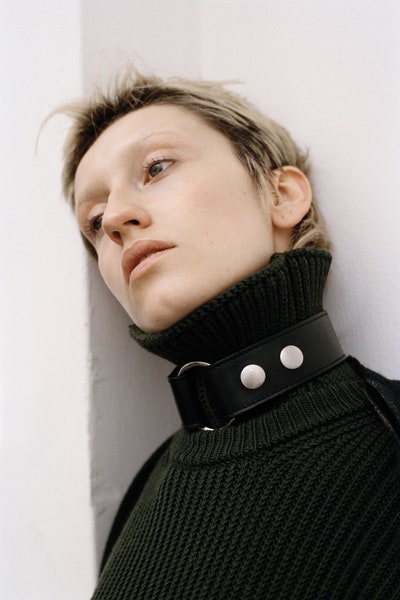 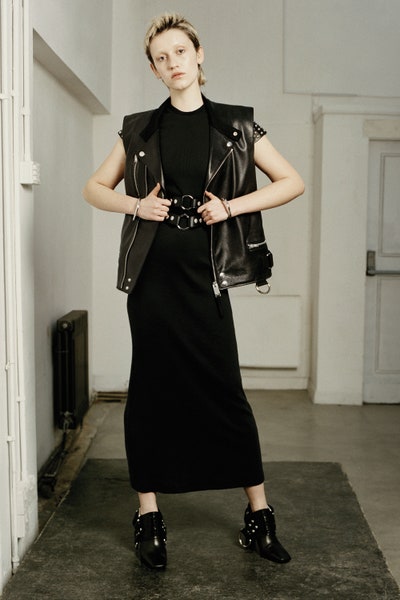 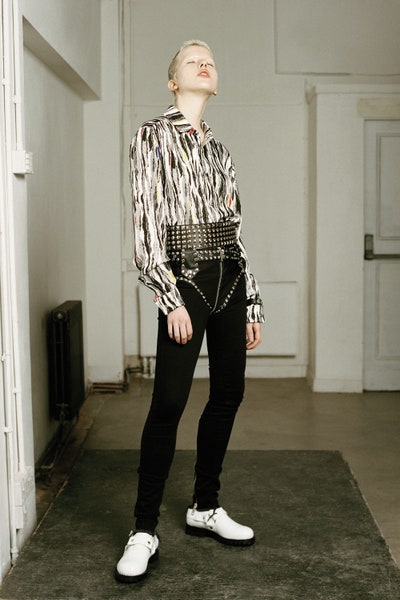 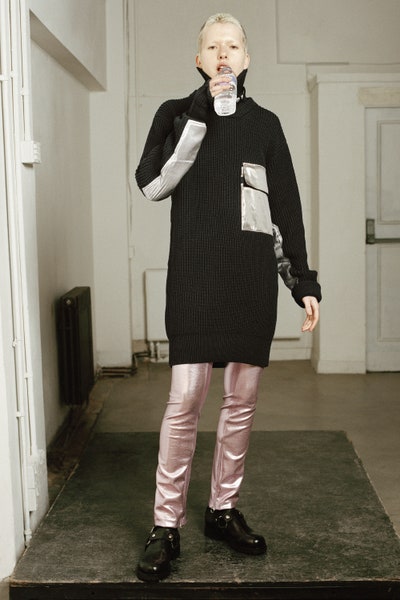 dievca loves to be connected.
O-Rings, D-rings, Leather and Chains don’t speak “Ladylike”,
but they call to the deep-seated desire of dievca’s D/s.
Wearing an outfit of ALL these pieces would be heavy,
but having an accent piece here or there would be divine.

Hmmm, what would Master say?

With over a decade of experience in the streetwear, music, and art industries, Been Trill co-founder and frequent Nick Knight collaborator Matthew M. Williams launched his womenswear label Alyx in 2015.

PARIS, MARCH 3, 2017
by MARK HOLGATE
“Aggressive elegance” was what Alyx designer Matthew Williams was thinking for Fall. Given he’d been looking at the underground fetish scenes of Berlin, it wasn’t surprising that he was led to a dark, dark vision, replete with black leather, substantial studding, and silver rings hanging here, there, and everywhere—rings that, while looking innocent enough hanging from a jacket or shoe, are actually used to hoist you skywards to do whatever you do in a Berlin fetish club at four in the morning. The question is, of course, whether aggressive elegance is really what any of us want right now, especially when you consider the world is shockingly heavy on the former and all too sadly light on the latter. On the other hand, we live in dark times. Maybe a look that’s almost entirely denuded of the soft and romantic feels more real and true than a dewy-eyed, rose-tinted prettiness that could feel disconnected from the world. I guess your answer to that really depends on whether you’re a sadist or a masochist at heart.
Of course, the accoutrements and codes of the S&M world have lashed the fashion world more times than a dominatrix doing her job with the business end of a cat o’ nine tails. Yet Williams had the smart sense to consider how to make it less expected. There was a good use of a silver silk lamé here: as a collared, waisted dress, or as the panels on a nifty oversized army sweater. And given that Williams worked as a creative director with the likes of Lady Gaga and Kanye West, he has a pretty sharp eye for a cool and convincing detail. Consider those aforementioned rings, which were strapped to a shoe or a boot and would be great worn with this coming fall’s oversized coat plus short dress proportion shift. And his reworking of a German police jacket, with its shrug-it-on ease and capacious and plentiful pockets, looked simply and straightforwardly desirable. You wouldn’t have to twist anyone’s arm—or anything else, for that matter—for agreement on that.