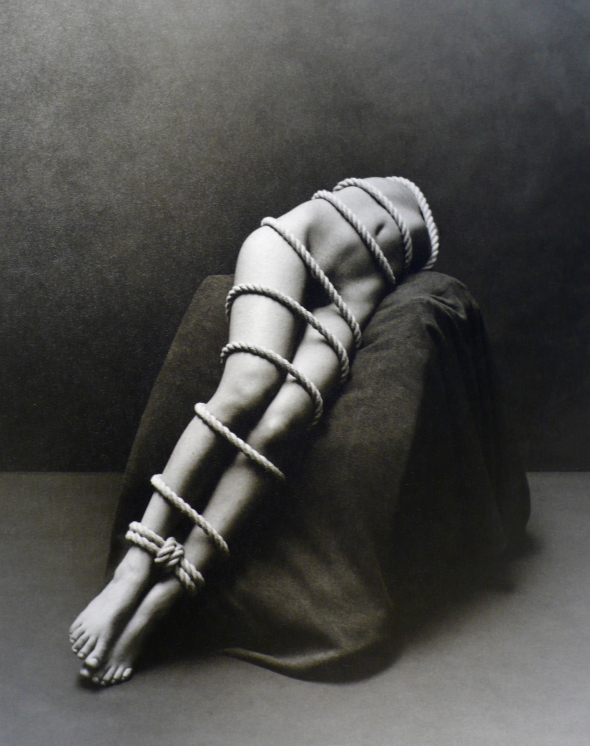 A comprehensive body of work, Graff’s Constriction series began in 1991. Much of the series was photographed over an intensive two-year period (1991-1992), after which the series was revisited in 2013.

The eroticism of a rope-tied nude figure has appealed to many artists in the past. Man Ray’s 1936 Venus Restaurée, a precursor to Graff’s work, binds a classical armless female nude with rope. However, Graff’s nude figures are too complex to be interpreted as mere sexual fantasies. Graff’s subject matter stems primarily from his fascination with the ritual of binding body parts found in various indigenous cultures.

Another source of inspiration for Graff is the escapologist and stunt performer Harry “Handcuff” Houdini, who would often volunteer to be bound and chained on stage before performing a miraculous escape. This theatrical element is alluded to in Graff’s studio set, which often incorporates a painted canvas backdrop reminiscent of a Victorian stage or sideshow backdrop.