← All mixed up~
An Enquiring Mind dances on a pinhead →

are a garment for sleeping or lounging worn by men, women, and children. Pajamas may be one-piece or two-piece garments, but always consist of loosely fitting pants of various widths and lengths. Pajamas are traditionally viewed as utilitarian garments.

The word pajama comes from the Hindi “pae jama” or “pai jama,” meaning leg clothing, and its usage dates back to the Ottoman Empire. Alternate spellings include: paejamas, paijamas, pyjamas, and the abbreviated PJ’s. Pajamas were traditionally loose drawers or trousers tied at the waist with a drawstring or cord, and they were worn by both sexes in India, Iran, Pakistan, and Bangladesh. Pajamas could be either tight-fitting throughout the entire leg, or full at waist and knees with tightness at calves and ankles. They were usually worn with a belted tunic extending to the knees. Although the word is Hindi, similar garments are found in traditional costume throughout the Middle and Far East.

Pajamas were adopted by Europeans while in these countries, and brought back as exotic lounge wear. Although the wearing of pajamas was not widespread until the twentieth century, they were appropriated as early as the seventeenth century as a signifier of status and worldly knowledge. 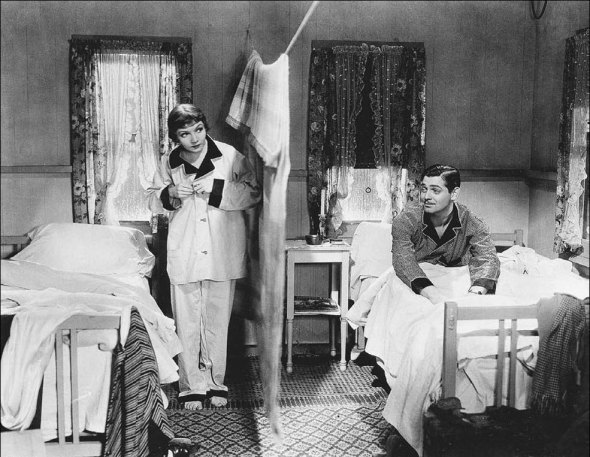 Pajamas are generally thought to have been introduced to the Western world around 1870, when British colonials, who had adopted them as an alternative to the traditional nightshirt, continued the practice upon their return. By the end of the nineteenth century, the term pajama was being used to describe a two-piece garment: both the pajamas (trousers) and the jacket-styled top worn with them.

By 1902, men’s pajamas were widely available alongside more traditional nightshirts and were available in fabrics like flannel and madras and had lost most of their exotic connotations. Pajamas were considered modern and suitable for an active lifestyle. The advertising copy in the 1902 Sears, Roebuck Catalogue suggested that they were: “Just the thing for traveling, as their appearance admits a greater freedom than the usual kind of nightshirts”. 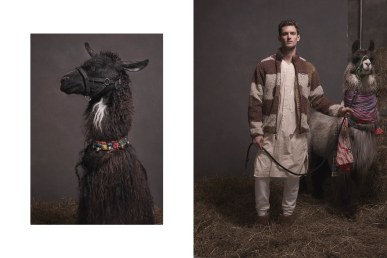 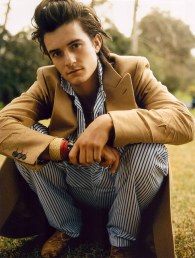 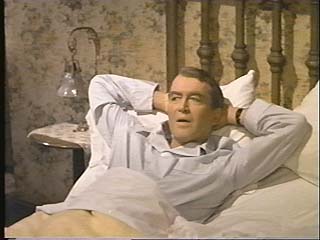 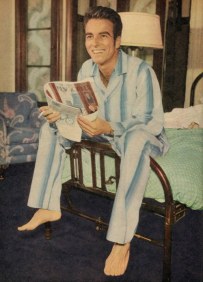 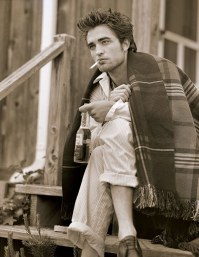 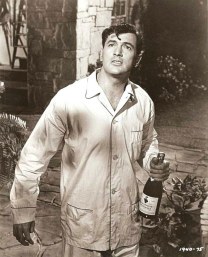 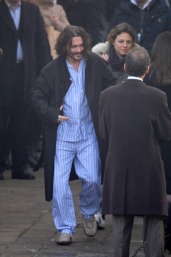 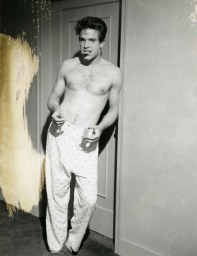 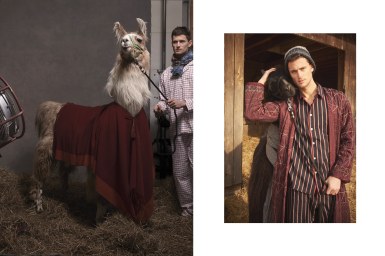 The streamlined, often androgynous fashions during the 1920’s helped to popularize the wearing of pajamas by women. While men’s pajamas were invariably made of cotton, silk, or flannel, women’s examples were often made of brightly printed silk or rayon and trimmed with ribbons and lace. Early examples featured a raised or natural waist with voluminous legs gathered at the ankle in a “Turkish trouser” style, while later examples featured straight legs and dropped waists, a reflection of the 1920’s silhouette. Throughout the century, pajamas would continue to reflect the fashionable ideal. The 1934 film It Happened One Night, featured a scene where Claudette Colbert wears a pair of men’s pajamas. That helped to popularize the menswear-styled pajama for women. (photo above)

With the popularity of unisex styling during the 1970’s, pajamas were often menswear inspired. Tailored satin pajamas had been popular since the 1920’s but were rediscovered during this period by both men and women. In this decade, ethnic styles based on the traditional dress of Vietnam and China were worn as anti-fashion and a statement about the wearer’s political views. This trend toward unisex and ethnic remains to this day and is particularly clear in women’s fashions, where the division between dress and undress has become blurred.

Let’s not forget the children. Young girls and boys are the largest group of Pajama wearers, especially in cold weather climates. History-wise, who had the footed “onsie” in fleece with a zipper? Cosy until you sweated profusely~ And remember this; Bananas In Pajamas

This blurring of these boundaries began long ago. Women had begun experimenting with the adaptation of pajama-style trousers since the eighteenth century, but this was associated with masquerade costume, actresses, and prostitution, not with respectable women.

Pajamas began to be adapted into fashionable dress in the early years of the twentieth century when avantgarde designers promoted them as an elegant alternative to the tea gown. French couturier Paul Poiret launched pajama styles for both day and evening as early as 1911, and his influence played a large role in their eventual acceptance.

Beach pajamas, which were worn by the seaside and for walking on the boardwalk, were popularized by Gabrielle “Coco” Chanel in the early 1920s. The first beach pajamas were worn by the adventuresome few, but by the end of the decade had become acceptable dress for the average woman. Evening pajamas, intended to be worn as a new type of costume for informal dining at home, also became widely accepted during this decade. Evening pajamas would remain popular throughout the 1930s and would reemerge in the 1960s in the form of “palazzo pajamas.” 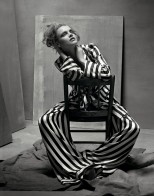 Palazzo pajamas were introduced by the Roman designer Irene Galitzine in 1960 for elegant but informal evening dress. They greatly influenced fashion during the 1960’s and continued into the casual 1970’s. Palazzo pajamas featured extremely wide legs and were often made of soft silk and decorated with beading and fringe. During the 1970’s, evening wear and lounge wear merged, as evening styles became increasingly simple and unstructured. Halston was particularly known for his bias-cut pantsuits of satin and crepe, which he called “pajama dressing.” In light of this, popular magazines suggested readers shop in the lingerie departments for their evening wear.

This increased informality of dress has made the evening pajama a staple in modern fashion, and the Asian influence on designers like Ralph Lauren and Giorgio Armani has blurred the boundaries between dress and undress even further. It is and trend that has come around a number of times and its likely the trend will continue well into the twenty-first century. 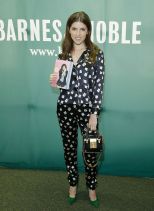 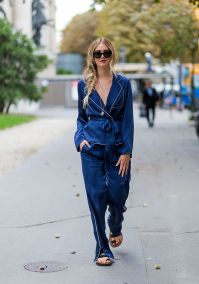 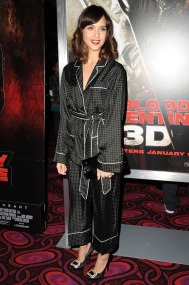 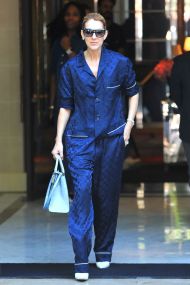 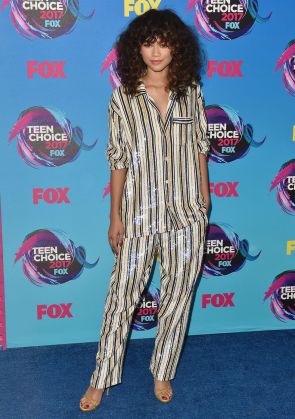 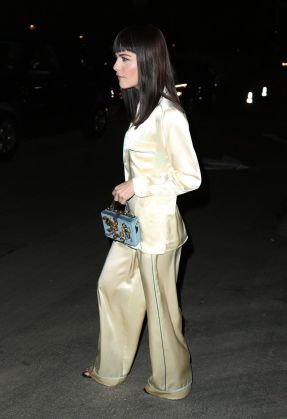 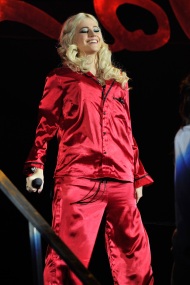 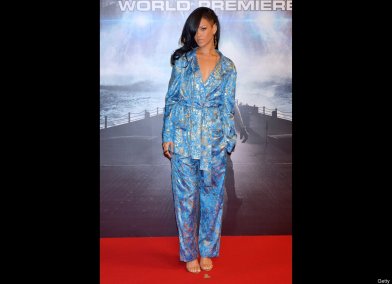 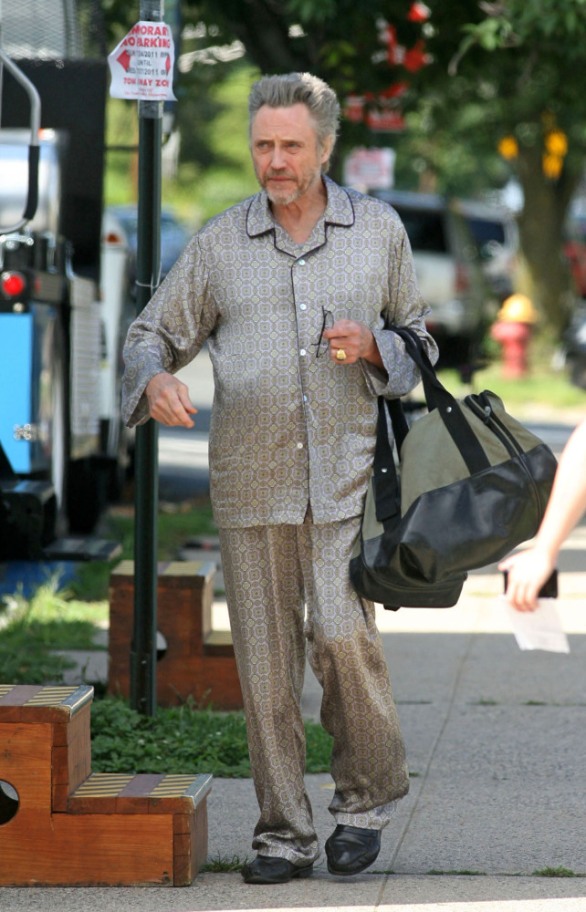