← an intimate coffee to start the week
Working the ASSets! →

Desire usually refers to emotionally wanting to have sex, while arousal refers to the physiological changes in your body that happen when you are sexually excited.

During arousal, your brain is welling up with powerful hormones: dopamine and oxytocin. Dopamine, which comes first, triggers feelings of motivation. I really want to get this person naked. Oxytocin, the ‘Cuddle Hormone’, kicks in later and makes you feel bonded with your partner.

As a pair, the two neurotransmitters explain why we feel instantly — if momentarily — bonded to our partner when we start to feel turned on. During arousal, certain geography of the brain lights up like fireworks. Half a dozen parts of the brain become activated, including the amygdala (associated with emotions), the hippocampus (associated with memory management), and the anterior insula (helps process physical feelings).

Researchers also noticed that women’s stimulation of the vagina, clitoris, and nipples all correspond to the same precise area of the sensory cortex — meaning that all of those areas register as erogenous. Yes, confirming the obvious, but arousal has been difficult to measure as there is often a disconnect between what is happening in your genitals, your brain, and your consciousness.

John Bancroft, Ph.D., senior researcher and former director of the Kinsey Institute, has studied how arousal develops, and his research pinpoints something important:

We need to be aware of our own arousal before we can really feel aroused. 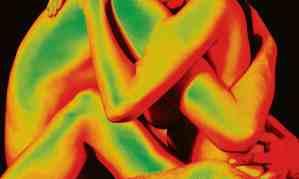 “In the male, sexual arousal is typically associated with some degree of penile erection. The man will become aware of this, and focus his attention on the idea of his penis being stimulated,” explains Dr. Bancroft. But, in women, the equivalent — the stiffening of the clitoris — isn’t nearly as noticeable, and “typically the woman is less aware of her genital response unless her genitals are touched.” 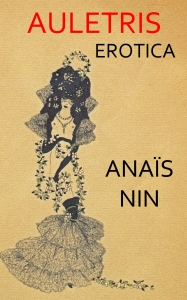 The mechanics of sexual arousal are well-known, but are there things that can take our arousal to the next level? There are all kinds of supposed ‘sexual aids’ in the form of herbs, supplements, and exercise methods that claim to improve libido. e.g. eating oysters, taking ginseng, using THC lube. No conclusive evidence has been found that these items do not work, but there is no good evidence that they do work either.

What is recommended and proven is communication. The sharing of one’s desires is a great arousal jump-starter. Working to shed inhibitions and opening yourself emotionally can help you get into the right headspace to feel turned on. Don’t think of ‘foreplay’  as something completed to get to a conclusive event (orgasm). Think ‘sex play’ — a menu of different activities to create pleasure between partners, sometimes with a formal conclusion, sometimes without.