Coffee – a discussion: the good, the bad… 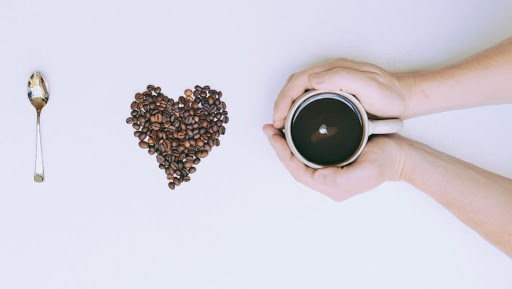 Why Coffee Keeps You Awake

Caffeine acts on a chemical in your brain called adenosine. An increase in adenosine levels induce sleep and the longer you are awake the more adenosine you have in your system. Caffeine binds to the molecules of adenosine reducing its sleep-inducing effects.

Coffee can affect healthy sleep cycles by increasing your arousal frequency — how many times your brain wakes up each night.

However, some studies have begun to debunk this claim. It often depends on the individual. If you have had a cup of coffee every evening for twenty years, you may not have trouble sleeping.

What Research Says About Coffee Consumption

Coffee appears to affect everyone differently. Some people get headaches and restlessness from a simple cup of black coffee. Others can drink multiple espresso shots without noticing much of a difference.

Part of this stems from tolerance. There are many different variables that come into play when discussing tolerance: age, weight, sex, consumption, type of roast, etc.

Coffee can give you a temporary mental and physical boost. How it impacts you depends on how much you consume and the source. There is a big difference between drinking one or two servings of black coffee every day and making multiple trips to Starbucks for a Cinnamon Roll Frappuccino.

Research shows that daily consumption of caffeine in coffee, tea, or soft drinks increases daily sugar levels by nearly 10%, boosting their risk of cardiovascular disease and obesity. Just adding cream and sugar to your homebrewed coffee could quickly skyrocket to over 200 calories per serving.

A Starbucks Venti White Chocolate Mocha, for instance, has 580 calories, 22 grams of fat and 75 grams of sugar. A plain cup of brewed coffee? Two calories, no fat, and zero carbs.

Acid Reflux:  Caffeine causes the gastroesophageal sphincter to relax, which allows acid to enter the esophagus.

Not for children: Small amounts of caffeine, equivalent to one cup of coffee, increased children’s blood pressure. And to compensate for the rise in blood pressure slowed their heart rates.

Osteoporosis: There is some evidence showing that moderate to high coffee consumption (more than four cups per day) is linked with calcium loss and fractures.

Drinking Coffee Can Be Good For You

Coffee is linked to a positive mood, alertness, and an overall increase in mental function. Coffee consumption habits may even reduce the risk of mild cognitive impairment and dementia.

What are the nutrients in coffee?

A single cup of coffee contains:

Coffee shows more antioxidant activity than green tea. There is some evidence that coffee may lower the risk of developing heart disease and type 2 diabetes.

A number of studies have suggested that consuming caffeine can reduce your risk of developing Parkinson’s disease.  Coffee drinking has beneficial effects on the liver, including reducing the risk of death from liver cirrhosis, decreasing harmful liver enzyme levels and limiting liver scarring in people who have hepatitis C. And researchers found that those who drank four or more cups of caffeinated coffee each day had a 20 percent lower risk of developing melanoma than people who drank decaffeinated coffee or no coffee.

Caffeine is a performance and endurance enhancer. It fights fatigue, strengthens muscle contractions, reduces an exerciser’s perception of pain, and increases fatty acids in the blood to support endurance. The belief that coffee is dehydrating doesn’t have much interference with exercise if it is consumed at a reasonable level.