Finally something good – or so she thought 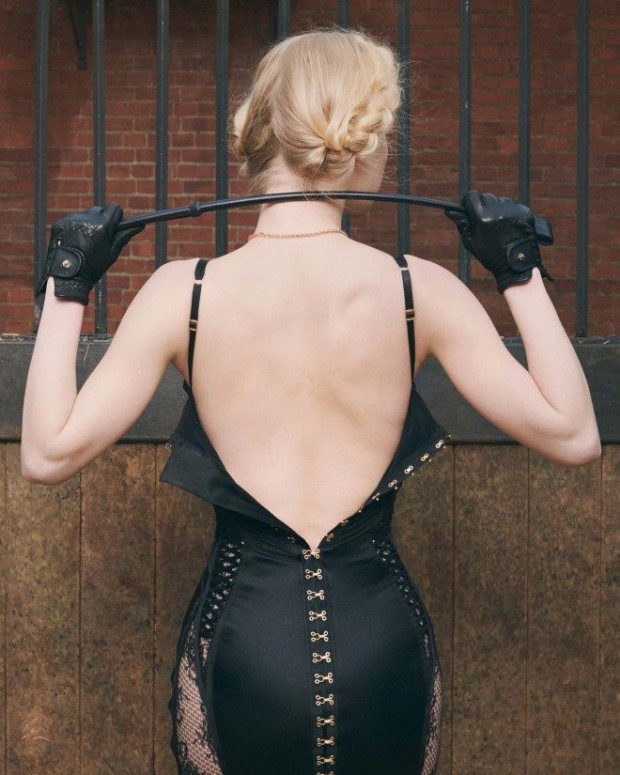 dievca spotted this lovely photo from an Agent Provocateur email. she was excited to see an edge and presetntation that has been missing from the company’s recent offerings. she misses the quirk, sassiness and humor they used to offer.

Then she clicked through to see the item…

What dievca thought was a body suit or soft corset turn out to be a dress with mini ruffles and lace.  At $1545 only the back is of interest. Yawn~ 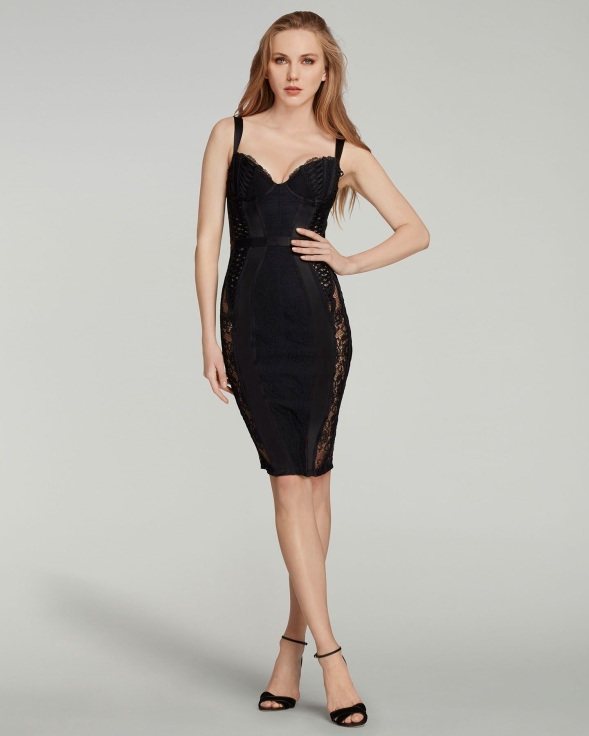 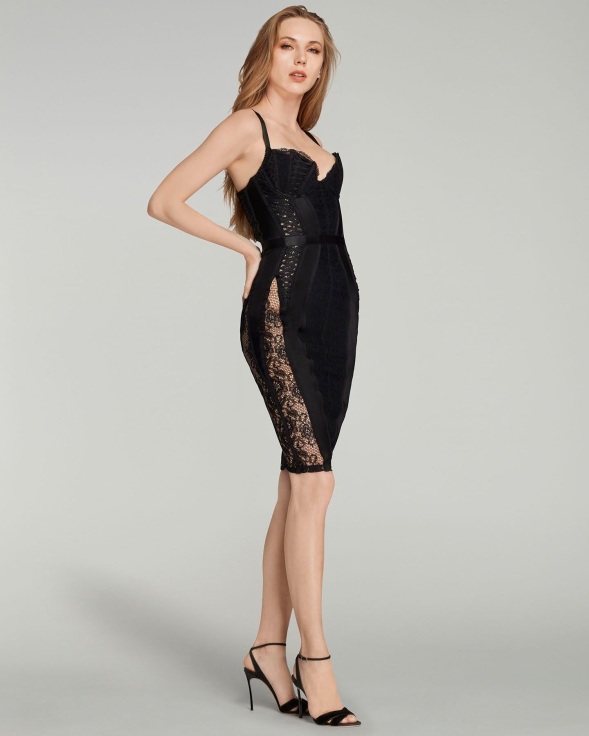 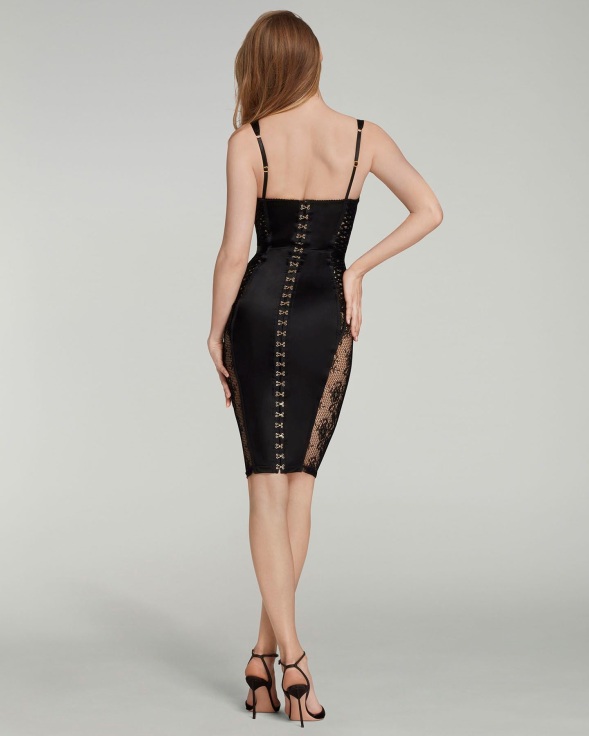 Toes in the Wild 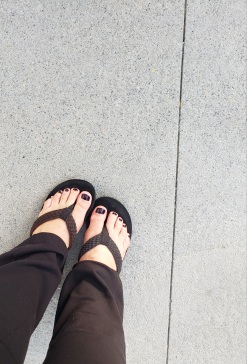 Have you had a haircut?
How about dental cleaning, a massage, facial, leg wax, or pedicure?
It’s been 7 months and dievca finally brought her toes out from the Wild to a salon for a more formal clean-up.
What a pleasure. (www.dearsundays.com)

The return of her toes to civilization reminded dievca of the great 2003- DSW videos of the same nature:

Dubbed “Shoes in the Wild,” the spots show women hunting for the perfect spring shoes. The ads were created by an all-woman creative team at New York-based Cliff Freeman & Partners.

The ads are running on cable networks, including E!, Oxygen and HGTV, and in cities such as Columbus, Denver, Dallas, Miami, Boston, and Atlanta.

Cliff Freeman delivered some classic ads for Outpost.com. Most people will cite the Gerbil Cannon as the best. It was quite shocking when it was first aired, and there s just something special about the pure look of terror on that tuba player’s face in the Wolves commercial.

The shop had trouble emerging from the dot-com bust and by 2003, was leaking crucial talent. One trio of former executives started the boutique Amalgamated. In 2005, Freeman brought in CEO Jeff McClelland, a big agency executive with time at Dentsu and Ogilvy. The idea was to help the firm adapt to changes in the ad environment and move into more multidisciplinary integrated work. McClelland had some new-business success, but he left the agency last year.

A Danish retail chain called “Normal” offers this Ad on a Swedish storefront. Interesting choice for the target audience.

Conformity, most of the time

dievca runs into dichotomies within the Swedish Culture by pushing individuals to ‘shine’ (or standout) when culturally that act is a social kiss of death. Insisting upon change within a well-developed system?
Slow going….but that’s why they hired her.

The US has long been and remains an invented culture, full of disparate and changing parts. Those parts vary by race, ethnicity, class, and region, to name a few demarcations. Identities in the US are lightly held; there is always the possibility of moving to a different geographical and cultural location and reinventing yourself. Lots of Americans are at any time “on the move” in that way.

Sweden, like many European nations, has an old and deeply-rooted culture that manifests itself in dominant group norms. Reinvention is less possible and, it seems, less desirable to Swedes.

Those norms may have grown from the centralist history of their institutions. Sweden has long had one strong national government, a single state church, one public system of higher education, one set of national employment laws.

You must fit in.
Individuality is not usually prized. This may be one of the strangest traits of Swedes because their contribution to popular culture is so disproportionately huge relative to their small population.

Being a pop music superpower (Sweden is the third-largest producer of pop music after the US and UK) shouldn’t sit easily with a nation that frowns on those who drive flashy cars or exhibit any flamboyance. What about IKEA, H&M, COS, & Other Stories. Pop music, Retail and the arts, in general, are about expressing your creativity. How does this fit in with the country of ‘lagom’ (the Swedish word for ‘just enough’)?

Swedes (like many Americans) think that the way they do things is the best – their university degrees are better, their work practices are better, etc.

Annoyingly, unlike Americans, Swedes’ superiority complex is mostly warranted. After all, the Swedes are ahead of the curve on many issues.

But that doesn’t mean that newcomers to the country cannot offer a fresh perspective. Unfortunately, many Swedes have no desire to consider an outsider’s approach or listen to new solutions to old problems.

The attitude from the local Swedes is very much, “Oh, we’ve always done it this way, and we’re OK – why would we change?”

They just waddle along complacently, happy with their lot, not at all bothered that there is a whole world out there that might just, know how to do some things a little better than they do.