Every once in awhile, dievca has flashback memories of movies or TV shows she saw as a young child  in the 1970’s.  As she tries to pin down the memories — they swirl and seem to take her on a psychedelic trip. Her brain hurts.  Does anyone else remember? 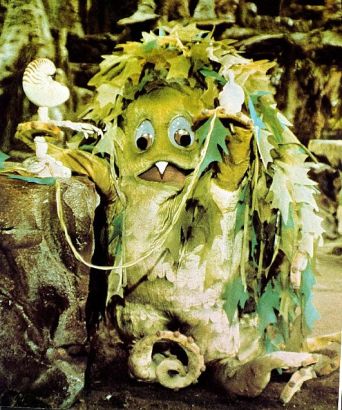 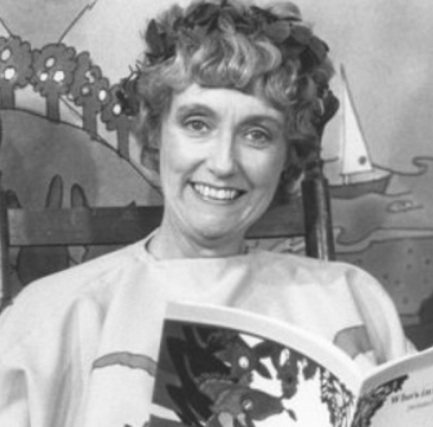 Whew – dievca’s head is spinning.  Time to move on to a workout.  It’s a special Saturday for dievca because she doesn’t have to work – what a treat!  Enjoy YOUR Saturday. XO 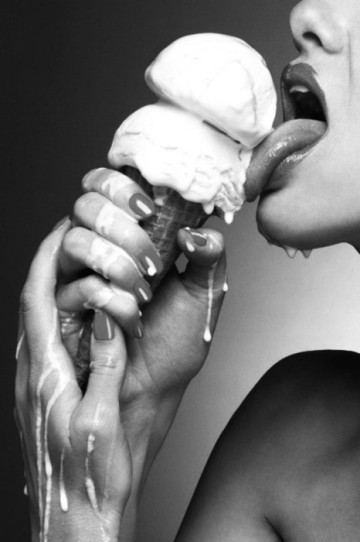 Its summertime and the heat has you seeking a frozen treat.  When you walk into a restaurant, ice cream shop, frozen yogurt shop or other frozen concoction shop do you really understand what you’re ordering? Here are some terms and descriptions to help.

Both use dairy and sugar, although ice cream is made with cream, and frozen yogurt uses cultured milk (yogurt). Ice cream tends to be fluffier, while frozen yogurt is tangier. The healthiest frozen yogurt will contain live and active cultures, which are beneficial to your gut.

Under the rules that define product labels, ice cream has to contain at least 10 percent butterfat. Some premium ice creams have even more fat, as high as 13 to 17 percent. If the frozen dessert had less than 10 percent fat and the same amount of sweetener, it had to be called ice milk.  Ice milk is sometimes priced lower than ice cream. A 1994 change in United States Food and Drug Administration rules allowed ice milk to be labeled as low-fat ice cream in the United States.

A definitive  set of definitions from Darryl David follows:

Butterfat:   Or milkfat is the fatty portion of milk. Milk and cream are often sold according to the amount of butterfat they contain.

Over Run:  The amount of air that is whipped into the ice cream mixture. For example, an overrun of 100 percent would mean for every gallon of ice cream mix, you get two gallons of finished ice cream. Without this air, the frozen ice cream mix would resemble an ice cube, the same as if you were to freeze milk or any other liquid. This would make the ice cream pretty difficult to scoop and very icy to eat.

Home Made Ice Cream:  Often contain around 18 – 20+% butterfat with little to no air over run.

Frozen Custard:  Is similar to ice cream, and is defined by the same FDA regulation as ice cream. It also must contain at least 10% butterfat, but must also have at least 1.4% egg yolks. It’s made with a machine that adds less air (20 – 30% over run), so it tastes more dense, and served fresh at a higher temperature so usually softer than ice cream.

Sorbet:  Contains no dairy at all, and is usually just frozen fruit juice, sugar, and water with little to no over run.

Sherbet:  Is defined by the same regulation as ice cream in the U.S., and must contain 1-2% butterfat and 20 – 30% over run.  Typically consisting of cream, water and sugar.

Frozen Yogurt:  Is a frozen dessert made with yogurt and sometimes other dairy products. It varies from slightly to much more tart than ice cream, as well as being lower in fat (due to the use of milk instead of cream). It is different from ice milk (more recently termed low-fat or light ice cream) and conventional soft serve. Unlike yogurt, frozen yogurt is not regulated by the U.S. Food and Drug Administration (FDA)but is regulated by some states. Frozen yogurt may or may not contain live and active bacteria cultures.  May contain  20 – 30% over run.

Gelato:   Is not regulated in the U.S., usually about 3-8% butterfat and often contains more stabilizers to compensate for a lack of cream and eggs. And like frozen custard, it’s also made with less air (20 – 30% over run) and served warmer, than ice cream.

Obviously, dievca loves iced treats.  Master? Not so much. His dievca cannot wrap her head around that issue.

There are a few versions and variations of this rhyming couplet. The most common modern version is:

Origins
Similar rhymes can be found in many societies, including ancient Greece and ancient Rome. The modern English language rhyme can be dated to at least the 17th century when James Howell in his collection of proverbs noted:

A version very similar to the modern version was noted by John Aubrey in 1687 as used by “little children” to “charm away the Rain…”:

A wide variety of alternatives have been recorded including: “Midsummer day”, “washing day”, “Christmas Day” and “Martha’s wedding day”.

In the mid-19th century James Orchard Halliwell collected and published the version:

In a book from the late 19th century, the lyrics are as follows:

take a spin with me

Into the wild World of Pop Culture, Fashion and ending up in “Memory-ville”.

Daniel Day (born August 8, 1944), known as Dapper Dan, is an American fashion designer and haberdasher from Harlem, New York. His influential store, Dapper Dan’s Boutique, operated from 1982–92 and is most associated with introducing high fashion to the hip hop world, with his clients over the years including Eric B. & Rakim, Salt-N-Pepa, LL Cool J, and Jay-Z. In 2017, he launched a fashion line with Gucci, with which he opened a second store and atelier, Dapper Dan’s of Harlem, in 2018.

Lent his creativity to the Gap for an arch logo hoodie, to be sold for $98.

The sweatshirt supposedly sold out immediately on its March 10th, 4 pm release.

When dievca was looking on eBay for the Sweatshirt — this 1970 PlaysKool Dapper Dan Doll appeared:

Which prompted a flashback to dievca’s own Dressy Bessy 1970 PlaysKool Doll: 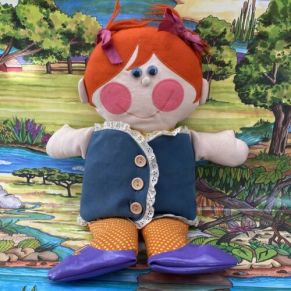 dievca thought all of her Flashback moments were done when she completed clearing her Mom/ Dad’s house, but apparently there are still memories to be found in the depths. she has a sense of what the doll felt like, what the fabric was, how heavy it was and how irritating it was because the clothes didn’t come off. dievca would almost like to buy another Dressy Bessy on eBay to see if her memories are correct.

Did anyone else have a Dapper Dan or Dressy Bessy doll?
Are dievca’s memories correct?

Is anyone willing to pay $889.88 for a Dapper Dan GAP sweatshirt?

Cosplay can be a passion!
Or it can be a way to enhance a personal experience.

What is your next scenario or Cosplay Outfit?
dievca is thinking about something with May Flowers – Mother Nature? A Sprite?

The matchy-matchy look flourishes in “time periods when there is more cultural emphasis on the family and the mother-daughter relationship,” said the fashion historian Jennifer Farley Gordon, who researches children’s clothing. In practice, the matching style can also signal affluence: a mother with leisure time to sew—or money to shop for—mirror-image outfits, and who is more likely to be a stay-at-home mom. Part of the idea, also, is that there’s not much point in being one half of a matching set if you’re not spending significant amounts of time together in public.

Life nailed the appeal of mother-daughter dressing when it declared: “‘Look Alike’ means ‘Look Young.’” The mommy-and-me looks of the 1940s and ’50s were decidedly girlish, emphasizing the mother’s youthfulness rather than the daughter’s maturity. In her memoir Mommie Dearest, Christina Crawford remembered posing for publicity photos with her adoptive mother, Joan, in the late 1940s, at the age of 8. “I had to get dressed in one of the many ‘mother-and-daughter’ outfits we were always photographed in … Mother and I would go through the whole day doing things for the camera and changing from one matching outfit to another.” Often, these outfits consisted of ruffled pinafores or skirts with suspenders worn over frilly blouses with puffed sleeves, with matching ribbons in their hair—clothes more appropriate for an 8-year-old than a grown woman. Tellingly, if a woman had more than one daughter, she was advised to twin with the youngest, according to Life.

Ladies’ Home Journal—one of the leading women’s magazines in America—had strong ideas about how the country could spend its wealth. From 1939 into the early 1950s, the magazine published a series of covers illustrated by Al Parker, a contemporary of Norman Rockwell, depicting mothers and daughters in matching outfits engaging in household chores and leisure activities such as baking cookies, riding bicycles, raking leaves, knitting, skiing, and wrapping Christmas gifts. One memorable image portrayed a rosy-cheeked mother and daughter pair, ice skating hand-in-hand above the headline: “Is Society Committing Suicide Today?”

These days, however, the mommy-and-me looks are usually store-bought. The likes of Gucci, Dolce & Gabbana, and Lanvin getting into the luxury children’s wear market and they come with decidedly grown-up price tags. There are plenty of budget-friendly version, like Target’s collaboration with Victoria Beckham, or Drew Barrymore’s line for Crocs.

Though a few halfhearted attempts to launch father-son fashions in the 1950s never really took off, family fashions have surged in recent years as many dads have become more hands-on. Often focused on holiday dressing, vacation clothes, or sleepwear, these collections—which are diversified enough to accommodate a broad range of ages and genders—offer a less literal interpretation of twinning, one intended for special occasions. Which is to say that “daddy, mommy, all my siblings, and me” might be the new mommy-and-me. 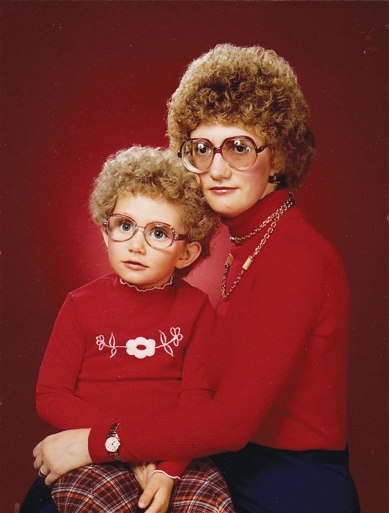 What brought this delve into Mommy and Me Fashion?  dievca had a flashback of 1976-1977 where her Mom and her had matching outfits and hair which consisted of a rust-colored Corduroy Oshkosh B’gosh Overalls Dress, off-white turtleneck, rust cable knit tights, brown leather Bass platform wedge shoes with rubber sole and Toni Tennille hair: 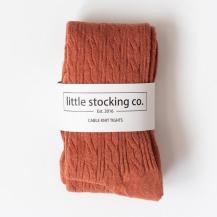 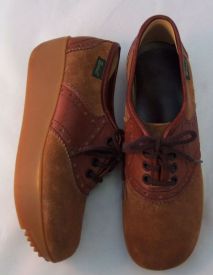 Daryl Dragon and his wife Toni Tennille, in an archival photo.

It was the first time and the last time dievca and her Mom matched. They shared a lot of clothing throughout the years (still do), but the matching thing? One great go – then that was it.

A Thank You to KIMBERLY CHRISMAN-CAMPBELL is a fashion historian based in Los Angeles and the author of the forthcoming book Worn on This Day: The Clothes That Made History.  Most of the information was gleaned from and article she did for The Atlantic Magazine in 2018.

Social Butterfly – who were you?

Someone who is VERY social and easygoing; can be either a male or a female. Usually, these people don’t belong to a particular group, but rather jump from one group to another. They are somewhat accepted in all of them but don’t really have any deep friendship connections in any of them.

dievca was a Social Butterfly in High School (HS). she missed a lot of school due to training/competing, so her socializing was sporadic. she made herself agreeable wherever and whenever she could. (No lunch, no study hall, no gym and perhaps some classes are missing – Driver’s Ed, Consumer Ed, etc.) she touched down lightly for a short time with whatever group was at hand and open to her company.

People mix-up her ability to socialize with popularity.

When she goes back to her HS Reunions, she remembers her Elementary School friends much better than HS people. That extra 8 years of Catholic School leaves an imprint. In turn, High School mates remember her…that is a bit of a scary thought.

The Geeks in her Science classes knew her best and she is always happy to see them.
Her close friendships were childhood friends and sports training friends. They stuck.

Apparently Master was “Popular” in High School.
Hah!
Something dievca did not know.
He never talks about childhood friends.

Master mumbled something about owning a car, dating more than His nerdy friends, people not knowing His background and them thinking that He was very self-assured, confident, smart and funny.

Not a lot of details offered, but it sounds like Master had a good time at his High School Reunion.

Who were you in High School or Gymnasium?