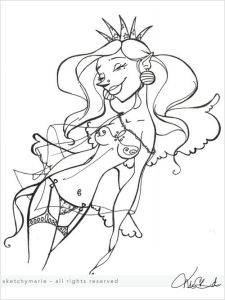 WHAT IS THE WINTER SOLSTICE?
The word solstice comes from Latin sol “sun” and sistere “to stand still.” In the Northern Hemisphere, as summer advances to winter, the points on the horizon where the Sun rises and sets advance southward each day; the high point in the Sun’s daily path across the sky, which occurs at local noon, also moves southward each day.

At the winter solstice (Friday, December 21st, 2018), the Sun’s path has reached its southernmost position. The next day, the path will advance northward. However, a few days before and after the winter solstice, the change is so slight that the Sun’s path seems to stay the same, or stand still. The Sun is directly overhead at “high-noon” on Winter Solstice at the latitude called the Tropic of Capricorn.

The Full Moon for December 2018 rises on the 22nd at 12:49 PM—very near the winter solstice this year! It will be close to full (95%) on Christmas Eve. Traditionally, this Moon is called the Full Cold Moon because it is the full moon closest to the Winter Solstice.

Don’t forget to shake your wallet at the moon to come into money. And keep in mind the days will be getting longer from here onward!

A “Thank You” to the Old Farmer’s Almanac, Refinery 29 and Google!