Some Things of Use – Holiday Shopping for the Gents

Click on each photo, a link to buy the item is set if wanted. 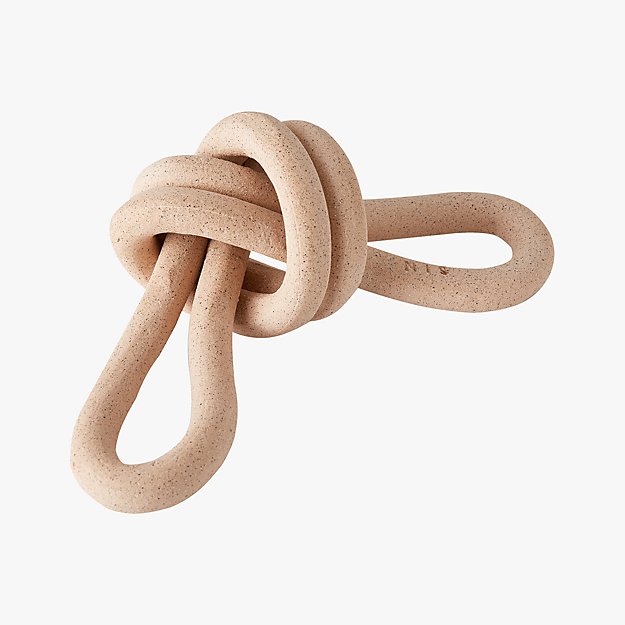 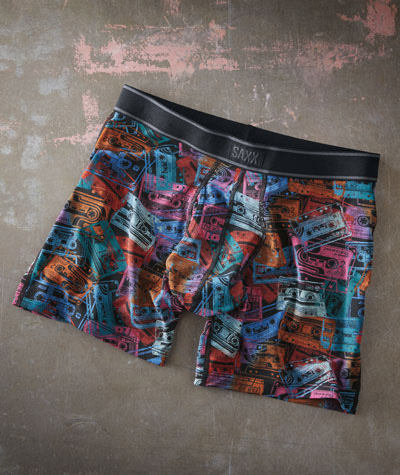 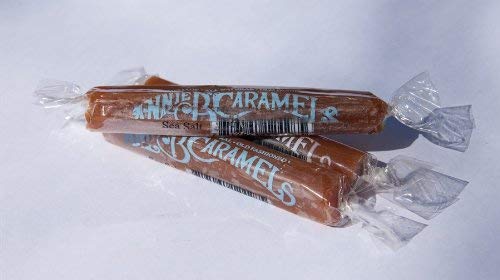 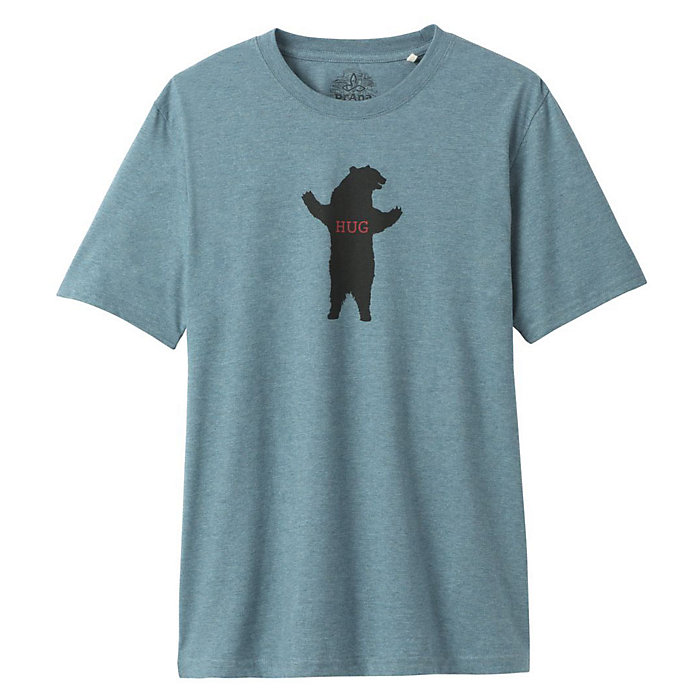 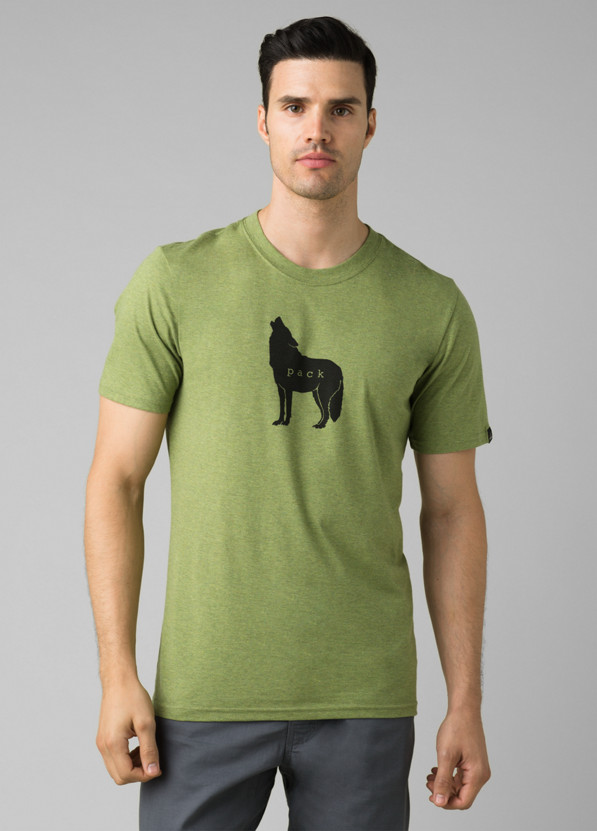 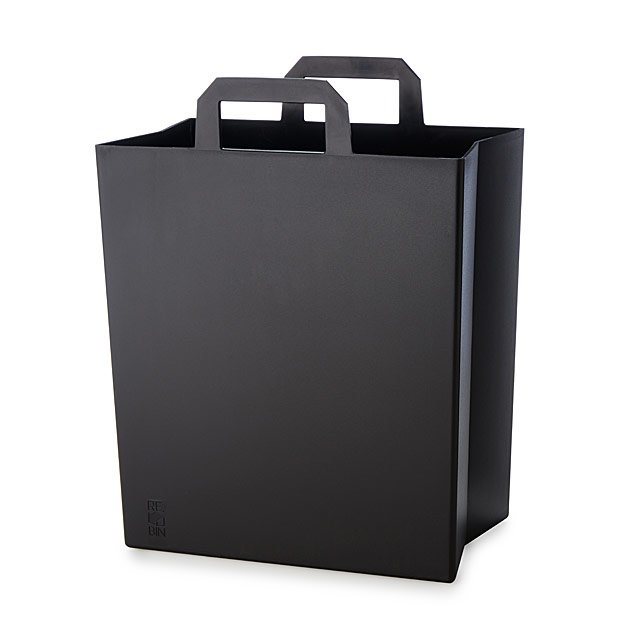 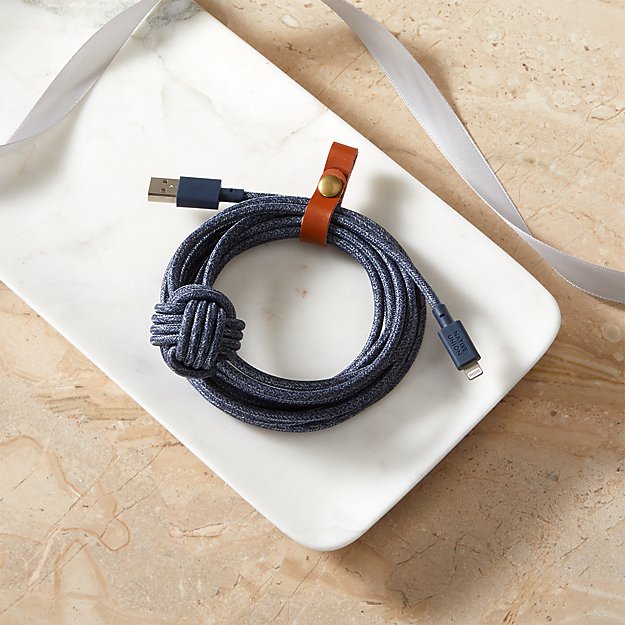 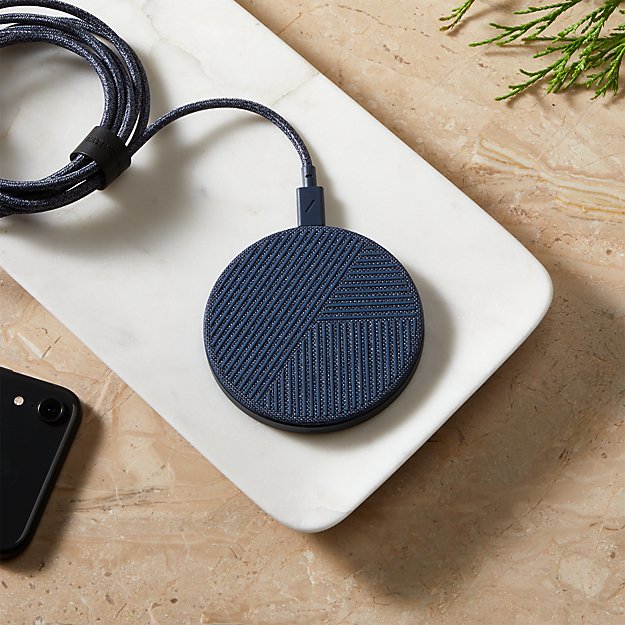 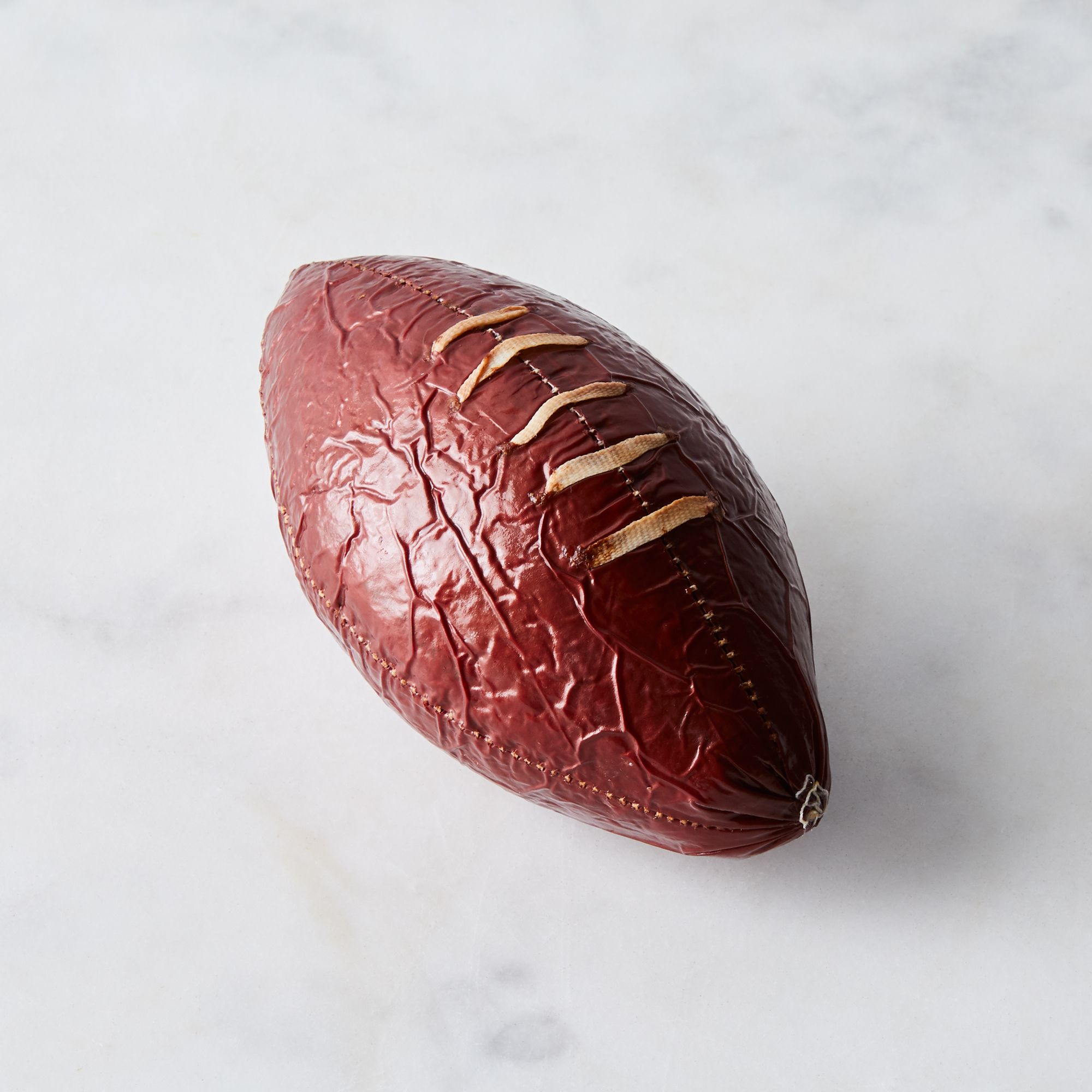 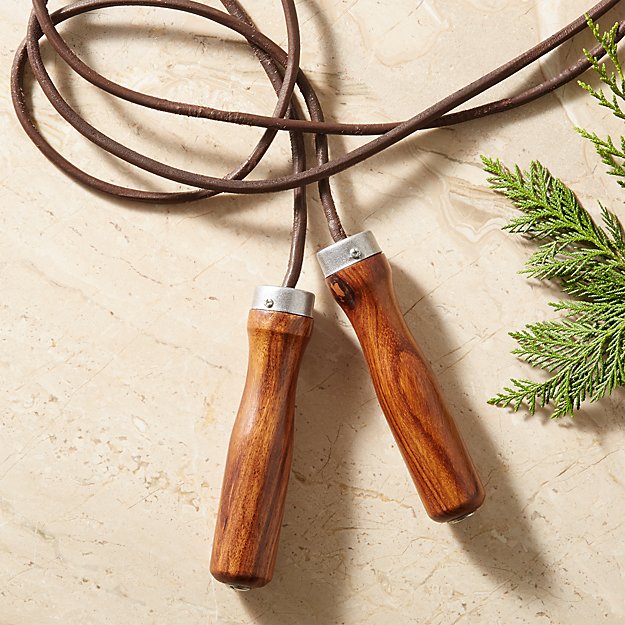 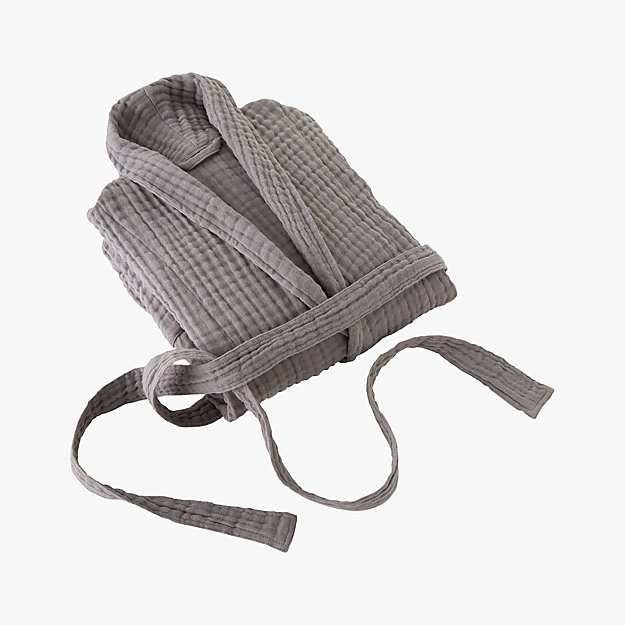 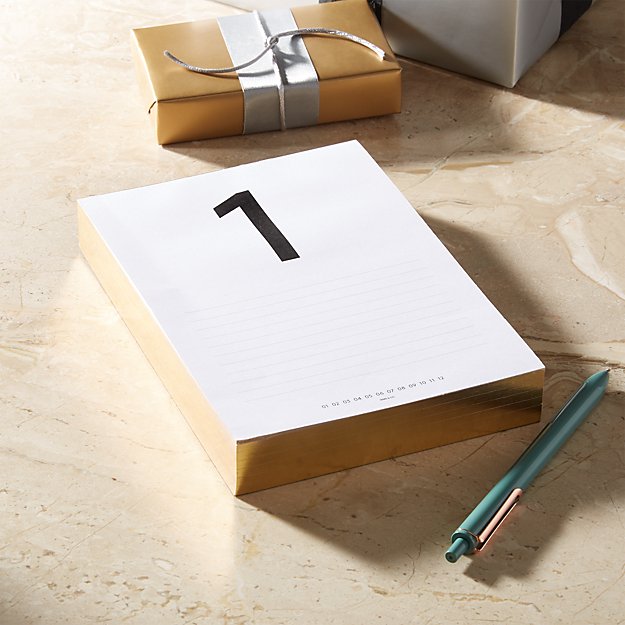 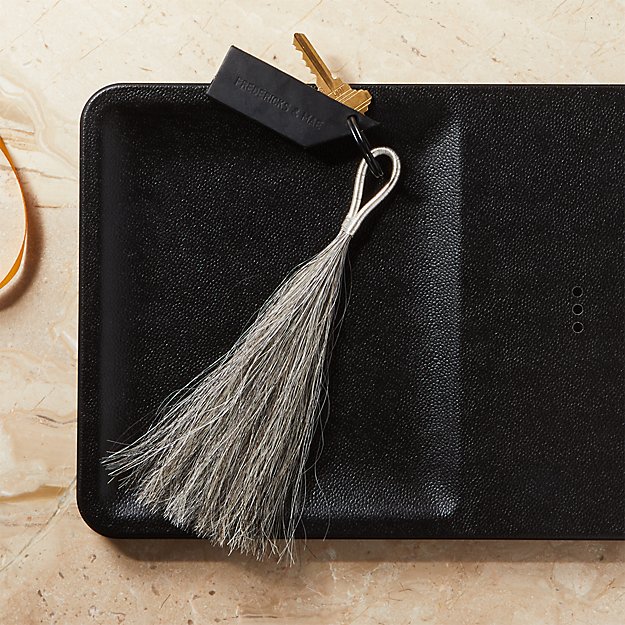 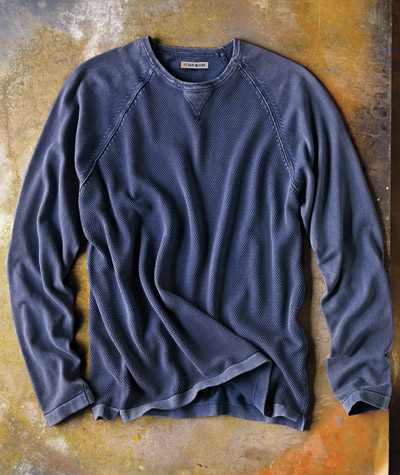 Everyone is doing a suggestion list (Have you seen Buzzfeed?) dievca’s is from magazine/catalog clippings she has kept throughout the year – thinking of the men in her Life. Right now she is stuck on her Dad – he needs “gummy” in the waist of his pants…the comfort-waist runs a bit larger than his svelte (very) 30″ waist (28″ maybe). He IS eating. Wish her luck!

The first known underwear dates back almost 7000 years, when prehistoric man used leather to cover and protect his loins while running prehistoric errands. For several millennia, not much changed. Ancient Egyptian art shows everyone from the pharaohs on down the line decked out in loincloths of their own. The pharaohs even wore a sort of specialized kilt/loincloth called a shendoh, and took extra supplies of the garment into their pyramids for use in the afterlife.

Variations on the loincloth seem to have persisted into the Middle Ages, when loose-fitting trousers called braies came into fashion. These linen “underpants” extended from the waist to around mid-calf,  staying-in via the laces around the waist and shins. Braies had the advantage of offering a lot of coverage, so if a laborer got too hot he could strip down to his bottoms while still maintaining a sense of decorum.

All of the lacing made answering nature’s call a bit of a hassle.

Enter the codpiece.
A codpiece opens at the front using buttons, snaps, or laces to enable men to urinate without removing their braies.

Early codpieces were practical, but as hemlines rose, they started to take on a decorative function, too. When Henry VIII began to pad his codpiece in the 16th century, all of his loyal subjects followed suit. Codpiece padding and growth continued throughout the mid-sixteenth century before tailing off around 1590.

Before the 1920’s, this question would have gotten you a blank look. Neither boxers nor briefs had been invented’ yet. From Victorian times until the 1930’s, men mostly wore tight-fitting knee-length flannel “drawers” beneath their pants and donned similarly snug flannel tops as undershirts.

Whoops, so cute I couldn’t leave her out…

In 1925. Jacob Golomb, the founder of the venerable boxing equipment company Everlast, started to tweak designs for the trunks worn by pugilists. Golomb realized that the leather-belted trunks fighters had worn weren’t totally ideal for movement, so he replaced the leather with more flexible elastic waistbands.

Boxer shorts weren’t an immediate success as underwear, though. They lacked the support that drawers and union suits had offered, so men weren’t crazy about them. It really wasn’t until after World War II that boxer shorts took off to challenge their younger siblings, the briefs.

Underwear drawers changed forever in 1934 when Arthur Kneibler, an executive and designer at the Wisconsin hosiery company Coopers, Inc., received a postcard from a friend who was visiting the French Riviera. The postcard depicted a man in a bikini-style bathing suit and “apparel engineer” Kneibler had an epiphany: why couldn’t this type of swimsuit be converted into underwear?

It was Jan. 19, 1935, that the first briefs were sold, in Chicago. According to Shaun Cole’s The Story of Men’s Underwear, they were a new kind of supportive, elastic underwear that Kneibler and his colleagues dubbed the “Jockey” to conjure images of a jock strap, an athletic undergarment that would have been known to their customers.

Coopers took its first batch of Jockey briefs to Chicago’s landmark department store, Marshall Field and Company, the briefs were displayed along with that season’s new undershirt. And although Chicago was in the grip of a blizzard, the entire load of 600 pairs of Jockey briefs sold out on the first day. The item was an immediate success, as within three months the company sold 30,000 pairs and Cooper’s added the “y-front” fly opening a few months later.

Coopers kept making and marketing its wildly successful underwear and in 1971 the company changed its name to Jockey.

The Secret Service and Joe Boxer…..

Designer underwear became all the rage in the 1970’s and 80’s as labels like Calvin Klein began to transform our drawers from something we hid under our pants into the sort of fashion and lifestyle choice one could flaunt in a bad music video. Cuts became tighter and sexier, and underwear designs became flashy, loud, and often humorous.

One of the main beneficiaries of this new obsession with snappy underwear was Joe Boxer, which started making skivvies in 1984 when it filled an order for Macy’s that included a design with a Velcro-attached removable raccoon tail.

Joe Boxer really jumped into the spotlight in 1985, though, when it made boxers printed with the image of hundred-dollar bills. The Secret Service decided that these duds violated forgery laws and confiscated 1,000 pairs of the offending underwear. Instead of simply hiring lawyers, Joe Boxer turned the seizure into a lighthearted news event and the image of boxers as a playful alternative to stolid briefs grew.

Although there haven’t been many huge underwear breakthroughs since the introduction of boxer briefs in the early 1990’s (and even those are sort of a throwback to the union suits favored by pre-1930’s men), boxers and briefs found their way onto the financial pages in early 2008. That’s when former Federal Reserve chairman Alan Greenspan revealed that the state of the men’s underwear industry is an important indicator of the economy’s health.

The logic Greenspan outlined regarding underwear was simple and elegant:
Many Men have a drawer full of underwear that they will wear until the elastic is dead and the boxers are riddled with holes. Since coworkers and friends generally don’t see a guy’s underwear, replacing these frayed undergarments often seems like a discretionary purchase for men. As such, when men start fearing the economy is in a downturn and need a place to save a little cash, they simply stop replenishing their underwear drawer with fresh Jockeys.

Sure enough, when the economy started to tail-off in 2008, annual men’s underwear sales dropped by 12%.

If that’s not enough proof that the history of men’s underwear is fascinating, take a look at these 13 vintage photos of skivvies from the pre and post-briefs eras. (click the photos to see the caption)

circa 1915: Four men wearing long underwear pose in a profile lineup in front of a wooden barrack. (Photo by Hulton Archive/Getty Images)

circa 1926: A group of determined men exercising outside in the snow. (Photo by General Photographic Agency/Getty Images)

American comic actor Buster Keaton (1895 – 1966) originally Joseph Francis Keaton, engages in a staring match with a photograph of Lon Chaney as he prepares to apply his make-up. (Photo by Ruth Harriet Louise/Getty Images)

circa 1939: American leading man and future US President, Ronald Reagan modelling for a sculpture. (Photo via John Kobal Foundation/Getty Images)

A line of underwear-clad draftees wait in line to check their clothes at an unidentified military facility, August 1944. (Photo by FPG/Getty Images)

A muscular young man flexes his biceps, circa 1930. (Photo by FPG/Hulton Archive/Getty Images)

Thank you to Ethan Trex of Mental Floss and Time Magazine