Normally dievca is in to the Olympics. This time around, she finds herself detached. All the Athletes have worked really hard and dedicated their Life to their Sport – so she wishes them an excellent competition and a great performance. Go USA!

Every 4 years THE HAT comes out to be worn for two weeks.

It’s the same version of the 2010 Winter Olympics Hat that Lindsey Vonn was photographed in during Vancouver…and sits in a small NYC apartment, unused, except for 14 days every 4 years.

Beyond wearing the hat, dievca tries to watch as many Olympic Sporting Events as she can. Including:

Something beyond watching the Olympic Games at home and with friends, has been the media posts:

Lindsey Vonn lost to this Snowboarder turned Downhill Skier, Ester Ledecka, from the Czech Republic, who celebrated with KFC: 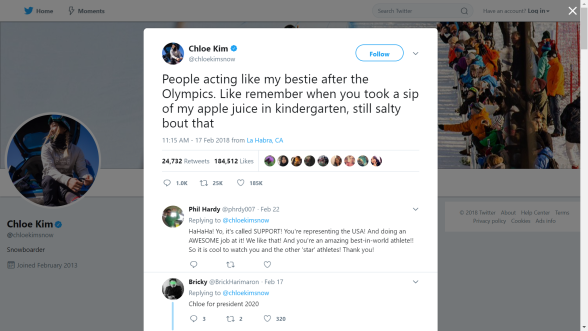 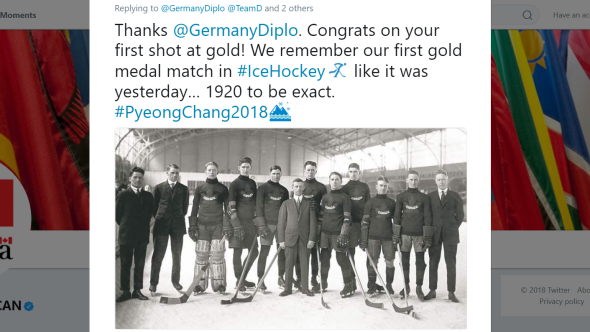 AND FIGURE SKATING’S ADAM RIPPON WAS ON FIRE: 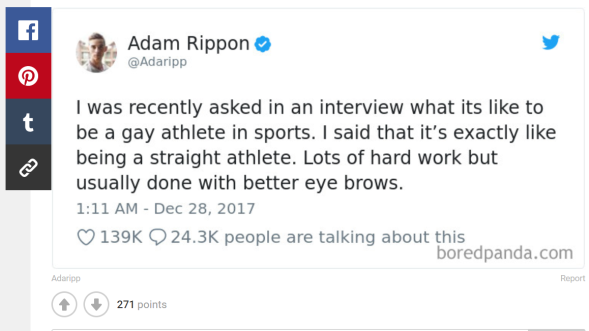 So as dievca packs to get to her Dad, tomorrow — THE HAT will be taken off and placed in the dry cleaning pile.  Wearing THE HAT and watching the 2018 PyeongChang Winter Olympics has brought a lot of Joy to dievca during a rough two-week period. Isn’t it ridiculous how silly things can make one so happy. Ah, well…I am a simple dievca. 😘

In honor of the End of the Olympics….

On the Eve of the Uncommon Men and Women of the Olympic Games becoming Common, again….

dievca offers four versions of “Fanfare for the Common Man” — a piece which inspires her to live her common life with strength and grandeur.

May the Olympic spirit live on~

“Fanfare for the Common Man” is a musical work by American composer Aaron Copland. The piece was written in 1942 for the Cincinnati Symphony Orchestra under conductor Eugene Goossens. It was inspired in part by a famous speech made earlier in the same year where vice president Henry A. Wallace proclaimed the dawning of the “Century of the Common Man”.

Sigh, dievca always cries during the Olympics. Winter or Summer.
Having been an elite Athlete for the USA,
she know how much pain and joy the athletes have known.
Emotions overwhelm her.

dievca is so happy to see the work done to achieve the honor of attending the Olympics.
she hopes every athlete competes well and brings their best.
It is a lifetime of work, presented to the World.

Here’s a photo mix of past inspirational athletes and gold medal winners from Rio.
Amazing. 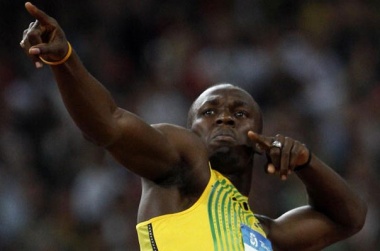 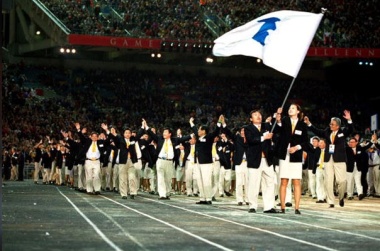 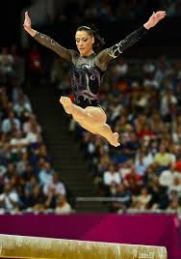 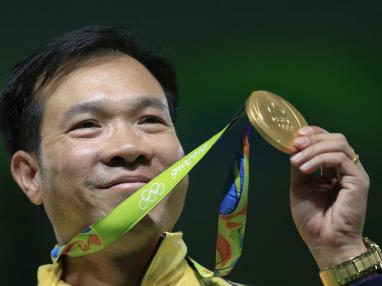 Sport is one area where the World comes together in Peace.

Tell dievca that you only root for your country, tell her that you are not inspired from a great Road Cycling Race, Football Match, amazing Synchronized Diving skills, a fabulous High Jump — that you are not wiggling in your seat from a catchy Women’s Gymnastic Floor event. If you tell her that…she will make you sit next to her and watch with her eyes.

(BTW, another area of Peace is Science — but that is something for another post.)

PS. dievca mutters and asks questions through each event, analyzing the body mechanics, rules, performance, tactics.  Master is patient with her and is humored.

dievca will cry, again, on August 21st with the closing Ceremonies.
When the time to share the dreams of others comes to an end.
Dreams fulfilled or crushed.
A reflection of Life.

Ralph Lauren Boys Hat from 2010.
dievca is wearing it with pride. 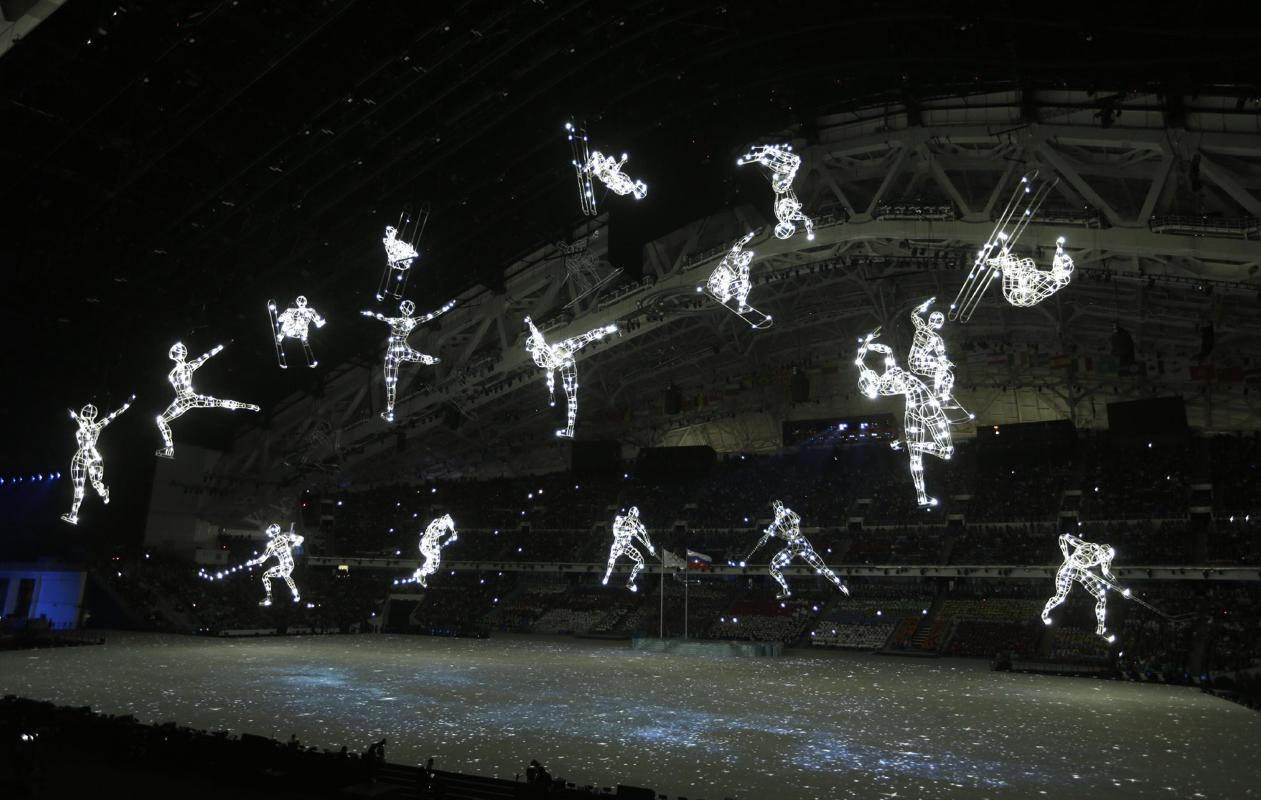 In the midst of the cold weather and in honor of the Sochi Olympics,
some items that dievca owns or covets for the Games: 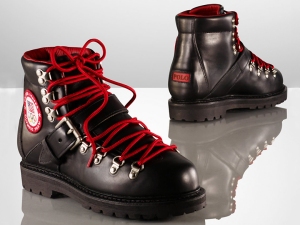 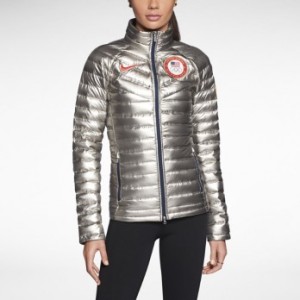 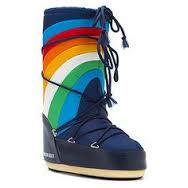