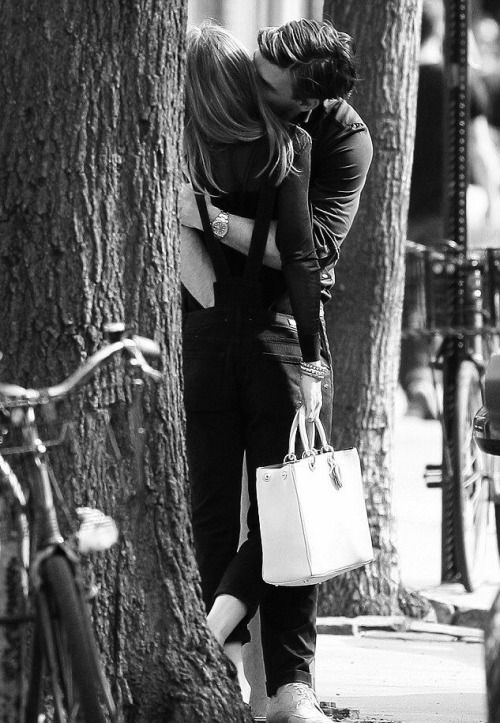 dievca caught up with one of her Nephews and caught a whiff of plain Patchuli – a strong scent she absolutely HATES.  Hey, whatever works for him and his family – just don’t stand too close to your Aunt.  She will love you from a distance after coming in for the initial hug.

That brought to mind scents, why someone wears scents and what might be attractive to others:

Apparently, Women looking for love should wear floral fragrances to attract a man, while preferring a ‘woody’ scent on potential lovers, according to a new study.

British-based bathroom supplier Showerstoyou.co.uk teamed up with Fragrantica.com, to explore the most popular scents of the year and the notes they have in common.

Their study of 3,978 men and 3,743 women, revealed that most women have a preference for men wearing a ‘woody’ scent while 85 percent of men admit they’re most attracted to women spritzed with a ‘floral’ fragrance.

A Woman’s Most Seductive Fragrance Notes:

What do you think about the rankings? dievca loves the smell of leather~

Men voted My Way by Giorgio Armani as the most popular perfume of 2020 for women, ranking highly among the scents, with blossoming notes of floral.

Meanwhile 86 percent of women said the most sensual scents for men contained the outdoorsy note ‘woody’, voting Dior Homme 2020 by Christian Dior the most popular 2020 fragrance for men.

Hmmm, dievca prefers the notes of Green Tea and Bergamot which run crisp and fruity…maybe not so romatic. Master? He just smells of himself which is very sexy and comforting to His dievca.

In the past, dievca’s nose has lead her to the following Men’s Scents (maybe it was the Men who wore them) – its just random chance that they were launched a decade apart – Good Life is the one she decided to wear herself – note the patchouli in two of them, but the one she liked best doesn’t have it and is citrusy.

Farenheit by Dior launched in 1988:

Good Life by Davidoff launched in 1998:

A memory: dievca was in Graduate School and one of her Central European classmates wore Davidoff’s “Good Life”. It was all dievca could do, NOT to leap onto his lap and stick her nose into his pulse point as they discussed Statistics…  Being turned “on” by cologne is something rare in dievca’s World — she has a really sharp sense of smell, most cologne/perfumes bother her. Maybe she should have been a Nose (perfumer).

Flash forward 10+ years, dievca and Master were talking as they walked home from dinner.  The topic was perfume. dievca was mentioning that she was blown away from a lady spraying her scent on the subway~and had a sneezing attack.

Master has sensitive skin, so he avoids cologne (and soaps) that have extra ingredients.  dievca’s Dad was allergic to perfumes and she got into the habit of rarely wearing one.  If she does wear something, it’s normally included in her lotion or a light spray.

But, Master and dievca both recognized that they could identify each other blindfolded from their personal skin smell. (Hell, dievca has her nose tucked into Master’s belly, armpit, crotch, etc. enough when she is kneeling…she knows Master’s smell.)

All these thoughts brought dievca to the point of The History of Perfume – where did it come from?

The word perfume is used today to describe scented mixtures and is derived from the Latin word, “per fumus,” meaning through smoke. 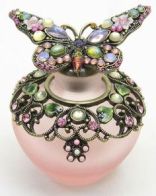 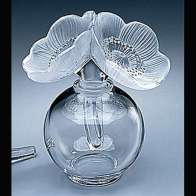 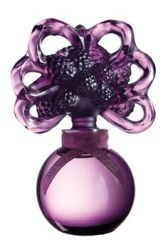 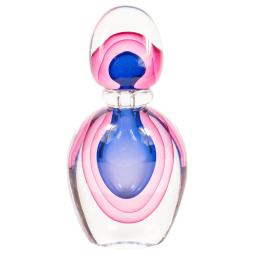 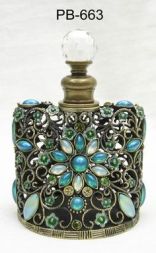 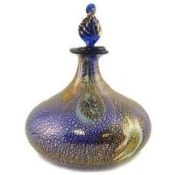 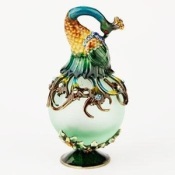 How lady-like is it to have gorgeous glass bottles setting upon your Vanity? That and the  perfectly airbrushed celeb campaigns of today’s perfume counters were brought about by a strange history that stretches back thousands of years — involving chemicals derived from the bums of dead cats, the Crusades, “god-sweat,” scented-feet, the Plague and whale vomit.

The history of perfume is more than just the history of human beings trying to smell nice — it’s a history filled with much strife and innovation. The ingredients that were used to create scents had been historically important for trade routes. High-class scents have always been used as a method of distinguishing nobility from the peasantry, Elizabeth I wore a perfume made of musk and rose-water, while Napoleon supposedly ordered 50 bottles of cologne a month. Fragrance has been tied to expressions of religious devotion, health precautions and cleanliness efforts for most of the history of human civilization.

The ancient origins of perfume:

The world’s first recorded chemist is a person named Tapputi, a perfume maker who was mentioned in a Cuneiform tablet from the 2nd millennium BCE in Mesopotamia.

The Egyptians used perfumes for both ceremonial and beautification purposes. As a king or another person of high status in Egyptian society, perfume was used in the form of scented oil to keep you fragrant. The University of Bonn is currently trying to recreate a pharaoh’s perfume from 1479 BC, based off its desiccated remains found in a flagon.

Egyptians imported huge amounts of perfume ingredients from Punt, a region of Africa which specialized in aromatic woods and myrrh — so much so that the perfume trade was a big part of international relations for both regions.

The ancient Persian royal class was seriously invested in perfume —  it was common for kings to be pictured with perfume bottles in Persian art. The legendary ruler Darius is shown in one relief sitting comfortably with his perfume bottle and holding perfume flowers in his hands.

The Persians dominated the perfume trade for hundreds of years, and many believe that they invented the distillation process that led to the discovery of base alcohol. One thing we do know is Avicenna, the Persian doctor, chemist and philosopher, experimented extensively with distillation trying to make better scents, and was the first to figure out the chemistry behind perfumes that weren’t oil-based.

The ancient Greeks and Romans carefully documented their perfume-making processes. Many perfume recipes have survived including those records carefully written by people like Pliny the Elder in his Natural History. People have been able to recreate the ancient perfumes in modern times.

There is even a mural in a perfume-maker’s house in Pompeii.  The documented the process of making Greco-Roman perfumes: oil was made by pressing olives;  plants and woods ingredients were added to the oil using meticulous scale measurements from a recipe; everything was left to “steep” before selling the mix.

To date, the oldest perfumery was discovered on the island of Cyprus. Excavations started in 2004-5 under the initiative of an Italian archaeological team which unearthed evidence of an enormous factory that existed 4,000 years ago during the Bronze Age.

The cult of Aphrodite’s strong link to perfume meant that this perfume factory was probably supplying scents for the temples and worshipers. Perfume was often used in ancient societies to bring believers closer to the gods. The Bible describes a sacred perfume (Exodus 30:22-33) consisting of liquid myrrh, fragrant cinnamon, fragrant cane, and cassia. Its use was forbidden, except by the priests.

The ancient Chinese relationship with scent wasn’t focused on the body. The ancient Chinese culture utilized scent by burning incense and fragrant material in special spaces. Scents were used for disinfection and purity, it was believed that they could eliminate disease from rooms.While scented flowers were a part of traditional gardens, and mandarin oranges were once used by noblewomen to scent their hands, it seems that for centuries, wearing perfumes on your body wasn’t necessarily the “in thing” in China.

That said, the period between the Sui and the Song dynasties was rife with personal perfumes, with nobles competing for the best scents and importing ingredients via the Silk Road. By the Qing dynasty (1644-1912), the emperor seems to have carried a “perfume pouch” year-round, an adaptation of the traditional pocket pouch that brought good luck — except that his was stuffed with fragrant herbs. 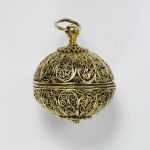 If you were anybody in Europe from the 1200s to about the 1600s, you carried a pomander — a ball of scented materials, kept inside an open case, and used to ward off infection and keep the air around you clean. The theory of the miasma, postulated that diseases were thought to be suspended in badly scented, unhealthy air. These baubles were seen as life-savers as well as fashion accessories.

The whole idea of this portable perfume seems to have popped up in the Middle Ages after Crusaders, returning from holy wars in Arabia, also brought back their enemies’ perfume-making secrets. Even though the idea of personal oil-based perfumes didn’t catch on, they discovered that civet, castor, musk, ambergris and other animal-based products made great bases for scents, and carried scent bags or sachet to perfume their clothes. But the first alcohol-based perfume was created in this period, known as Hungary Water. It was believed to have been created for the Queen of Hungary during the 14th century, and involved distilled alcohol and herbs.

A serious discovery in perfume production came in medieval Italy, when they determined how to create aqua mirabilis, a clear substance made of 95 percent alcohol and infused with strong scent. Liquid perfume was born. After this invention, Italy — Venice in particular — became the center of the world perfume trade for several hundred years.

Catherine de Medici, who as an Italian bride wed to the French king had her own perfume made up for her by her Italian parfumier, Rene le Florentin – a scented water with bergamot and orange blossom. He also created musk and civet-scented gloves for her, which were a sensation, bringing the perfumes of Italy to France. (Note: the leather glove making process created a soft but smelly product, gloves were treated with perfumes to kill the smell. And in turn, Catherine de Medici was accused of using the perfumed gloves to hide poison.)

Perfume use peaked in England during the reigns of Henry VIII (reigned 1509-1547) and Queen Elizabeth I (reigned 1558-1603). Ladies of the day took great pride in creating delightful fragrances and they displayed their skill in mixing scents.

As with industry and the arts, perfume underwent profound change in the 19th century. Changing tastes and the development of modern chemistry laid the foundations of modern perfumery. Alchemy gave way to chemistry (synthetic compounds) and new fragrances were created.

Independent UK: Sense and Sensibility – The History of Perfume