Interesting on so many levels

dievca was fascinated by the faux wood and the ability of people to walk in Candie’s Sandals.
Dr. Scholl’s  were bad enough!

But, dievca ran into these mule sandals and is taking a second look~

to make a clean breast of it = avouer la vérité

Some things are lost in translation… 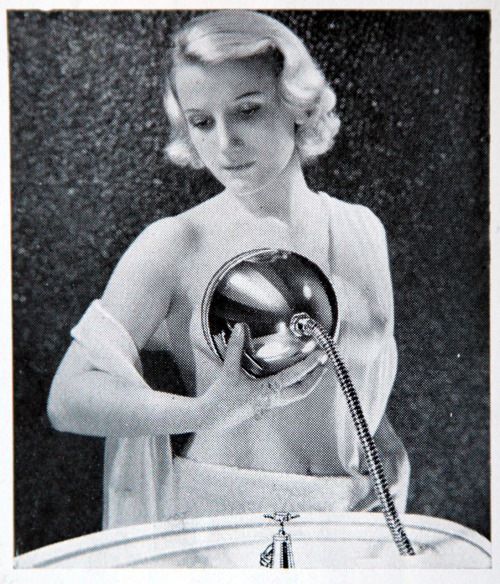 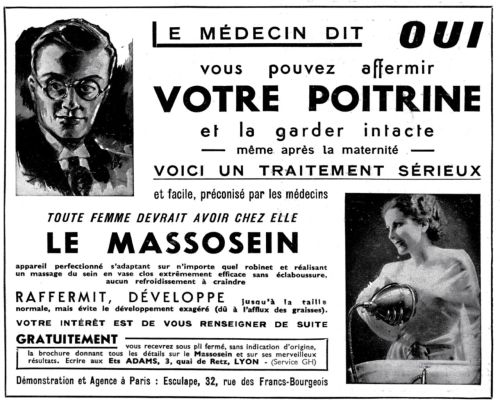 The 1957 Calendar dates are correct, we have moved into Libra Season and dievca will be another year older.

They say you should never stop learning and dievca now knows what a Pipe Reamer is….do you?

she can’t decide if the calendar girl pin-up riding the pipe reamer is an innocent illustration of a girl selling a tool, or a tongue-in-cheek sexual message.

Well, this Miss September will be viewing her very own pipe reamer this morning.
Should be fun😘

Something of use – luggage: Roller vs. Spinner

dievca’s bag fell apart on her way to Europe.  The zipper pull came off and dievca was worried that it would start to unzip as her trip continued via walking, subway, plane, train, car – etc.

So, she had the bag wrapped at the airport and prayed that security wouldn’t see the need to unwrap it.

When she was in Sweden, she ran out to the local luggage/bag shop in a small town and found one rolling duffle-esque bag.

Everything else was the “spinner” suitcases.
dievca stuck with what she knew and bought the roller bag.

she was super happy with the choice when she saw how much trouble people were having with their spinner bags on the cobbled streets and hills in Lisbon, Portugal.

That said, she tried a cheap spinner when traveling to her parent’s house in the Midwest. No cobbled hills, flat surfaces, elevators, and a rental car.

Using a spinner was very easy.

Which One Should You Buy?
Getting a spinner or a roller depends largely on where and how you travel.

Spinners often weigh a bit more and the wheels stick out and are counted in the luggage measurement, so you lose precious space. Also, the more moving pieces, the more opportunities for something to go wrong.

Rollers put pressure on your joints and wrists. You’ll have a tendency to trip people behind you while walking and you can only roll in one direction. Measurement-wise the wheels are inset and do not take as much room.

If you’re an easy-going traveler, or you’re the type who often goes on business trips, spinners will be great. You can walk through miles of airport halls or office buildings without much trouble as most of the weight is taken off your burden. For as long as you will be traveling on predictable terrain, spinners will be your best bet.

Rollers are great for people who travel to many different places. Rollers are more likely to survive a rugged trip. It can survive many terrains and will be easier to pull through city sidewalks, on gravel, across train platforms, onto buses, or even onto ferries.​

dievca finds herself keeping two pieces of luggage for the different types of travel she experiences.  The good news is her spinner fits into her rolling duffle for storage.

Some suggestions for your future luggage purchases:

Advice to adhere to~
XO

Master tells dievca that one of His greatest pleasures is causing His dievca’s multiple orgasms. she wonders what her “o-face” looks like to Master. she knows what her hoo-ha feels like ~ exquisite. And she knows what Master looks like when He orgasms – amazing.

That leads to the question:

Master has to do a three-day “quickie” to the West Coast and back. she knows that His time on the ground is going to be stressful, so here’s hoping His flights are quite remarkable.

Lynx, the male grooming brand sold by Unilever, is sold on the basis of sex appeal. Lynx is the UK, Ireland, Australia and NZ version of Unilever’s ‘male grooming’ product Axe.

In 2005, the Australian television viewers were being introduced by a new ‘sex appeal’ stunt: the launch of a fictitious airline. Seven airline hostesses walk towards us on the tarmac, each wearing yellow sunglasses. The voice over: “Imagine a level of comfort never experienced before in air travel”. We move to a shot of a sky bed, big enough for the a hostess to snuggle up to the sleeping male passenger. “With in-flight entertainment (Spanking, Hula Hoop and Pillow Fighting) that is second to none”.

On June 21, 2006, on the Grand Prix and Gold awards won by Lynx Jet at Cannes. LynxJet, Demo (instructions for removing a bra) and Blanket (a mostess solution to cold male passengers) won Bronze Lions in the Film section.

Despite the mixed reception from the wider Australian public, the target audience, young single men between the ages of 18 and 25, bought into the concept. Sales of Lynx Body Spray grew by 20 percent in four weeks to take an 84.2 percent share of the Australian market.

Unilever arranged to have one of Jetstar’s planes painted in the yellow colors of the Lynx campaign. Hostesses on the designated flights between Victoria and Queensland were not expected to dress or behave like the ‘mostesses’ in the Lynx TV ads. All the same, Jetstar thought again and withdrew from the deal. The plane went back to normal colors in the light of complaints from airline stewards, Jetstar marketing consultants and the public.

dievca just had to laugh and say, “Know your target audience”, apparently they did.

Is that a Rocket in your Pocket? Coop auction at Housing Works

Add a little Hot Rod Art to you walls.  dievca thinks the work was done for a San Diego punk band “Rocket from the Crypt” performing at the Whisky-A-Go-Go in Hollywood.

The LUSH curves made her smile!

(click on the Lot Id # for the auction, ending on Sunday evening)

Coop, real name Chris Cooper, is a hot rod artist working from Los Angeles. He was born in Tulsa, Oklahoma in 1968, and describes his occupation as “Insensitive Artiste”. His work consists primarily of barely clothed Bettie Page-style 1950s soft pornography and/or B-movie monsters, with the female characters often taking the role of “Devil-Women”. The image most often associated with his work is however slightly more tame: the face of a grinning devil with a smoking cigar clamped in its teeth.

Coop has become popular with certain bands and labels and has provided art for several Sympathy for the Record Industry releases as well as the posters for Reverend Horton Heat, Lords of Acid, Green Day, Nirvana, Soundgarden and The Foo Fighters.

Coop is an avid hot rod enthusiast and well-known amongst the Kustom Kulture community. He makes an annual appearance at the Mooneyes Xmas party. He released a book in 2001 called Devils Advocate: The Art of Coop.[1] In 2004 he released The Big Fat One, containing 1008 pages of collected sketches, and has recently formed a collaboration with Hot Wheels to sell a series of miniature “Coop-Customized” hot rods.

Just be careful “Sparky”!
Don’t shoot your rocket off too quickly.

Happy Canada Day!
We, Americans, know how smooth you Canadians are…
Just look at our current leaders…
(couldn’t resist – that Prime Minister is a “hottie”.)

Not just ketchup, but HOT ketchup~

Buying Drapes? You never know what they might hide…

dievca was intrigued, were you?
Mr. Curtain: Keep your privacy.
Risqué Advertising Campaign

You might know Doug Abraham, he is an artist and owner of the iconic punk outfitter Bess NYC. He is also known for his work as the man responsible for the Instagram-collaged Kendall Jenner for a Dazed & Confused spread, and has won recognition from the CFDA for notable fashion Instagrams.

Abraham’s store was largely responsible for the pyramid-stud craze of the mid-2000s, when seemingly everything — especially the things that were least likely to be — was covered in square studs and spikes.

He now turns his attention to Fashion Ads and…well…risqué editing:

A “Thank You” to Refinery29 for the lead.

Four Risqué advertisements by Durex that made dievca smile.

: a special kind of clothing that is worn by all the members of a group or organization (such as an army or team)

A Uniform is the easiest thing to wear because it is set, simple, clean, classic.  Wearing something unusual takes practice, is a challenge, can be risky and messy.  Uniforms are used for a reason, they make a “look” consistent and sometimes elegant, too.

NYC is a sea of black and the safe bet is a LBD (Little Black Dress) – there are a million styles to flatter any body type.  A black Tuxedo is the safe bet for a gentleman.  It cleans up any body and makes them look handsome. Sunglasses are the finishing touch, they hide age lines, ethnicities, eye color, etc. Amazing.

Bluetooth used this concept in their favor at a Trade Show in 2004 where they didn’t have a booth. They just launched their minions in Tuxedos and LDBs to “drive” interest of their not-for-profit product to companies that made Bluetooth products. An interesting and successful Ad campaign.

“We tried a booth before,” says Eric Schneider, marketing manager for the group based in Overland Park, KS, “but people just hung around our booth instead of going to the companies that make Bluetooth products.”

Bluetooth is a wireless technology standard for exchanging data over short distances (using short-wavelength UHF radio waves in the ISM band from 2.4 to 2.485 GHz) from fixed and mobile devices, and building personal area networks (PANs). Invented by telecom vendor Ericsson in 1994, it was originally conceived as a wireless alternative to RS-232 data cables. It can connect several devices, overcoming problems of synchronization. (wikipedia)

NOT VERY SEXY…..UNTIL YOU DECIDE TO CATCH ATTENTION AT A TRADE SHOW WITH ELEGANCE

dievca knows that her Master looks fabulous in His uniform Tuxedo. she has taken the “safe” road with wearing a LBD when needing to be classy in an awkward situation. It is not dievca’s favorite way to dress, but sometimes the situation calls for it.

Case in point: when dievca met Master for the first time~

Racy ads for an exhibition on sexuality at Vancouver’s Science World had created controversy with two of them being banned from bus stops.  The advertisements were for the exhibit “The Science of Sexuality”, geared toward youth aged 12 and up.  The exhibition ran until Sept. 2nd, 2013

Science World president Bryan Tisdall admitted the ads may be racy, but he said that it was to attract teens to the educational exhibit. “If that kind of prompts a youngster to ask their parents about it then we say, ‘What better place to answer that question than at Science World?’”

“[It’s] a responsible, factual, informative and entertaining presentation of the science of sexuality,” Tisdall said.

dievca loved the ads and she knows firsthand that orgasms can kill pain — Master is kind enough to help her monthly. And when He was injured, dievca returned the favor.
PS. Master never gets colds —  now you know why….XO