What is the Shmoo? Self-care assistant. 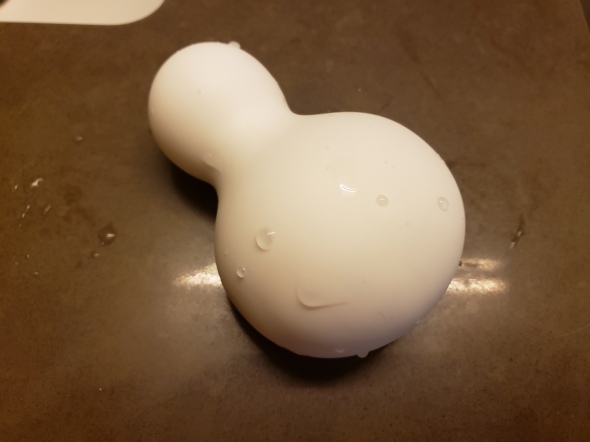 she received a reply:

Ha! This looks like a fictional creature in a long-gone comic strip called
a shmoo.

A shmoo is shaped like a plump bowling pin with stubby legs. It has smooth skin, eyebrows, and sparse whiskers—but no arms, nose, or ears. Its feet are short and round, but dexterous, as the shmoo’s comic book adventures make clear. It has a rich gamut of facial expressions and often expresses love by exuding hearts over its head. Cartoonist Al Capp ascribed to the shmoo the following curious characteristics: